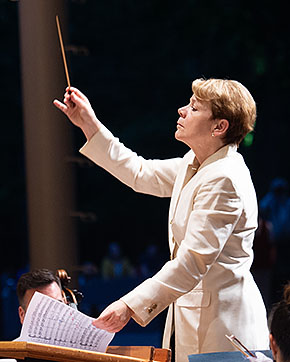 For the first Breaking Barriers Festival in 2022, Marin Alsop curated three days around women on the podium, honoring 20 years of the Taki Alsop Conducting Fellowship and the centenary of Margaret Hillis, the pioneering founder of the Chicago Symphony Chorus. Featured events across the series included: