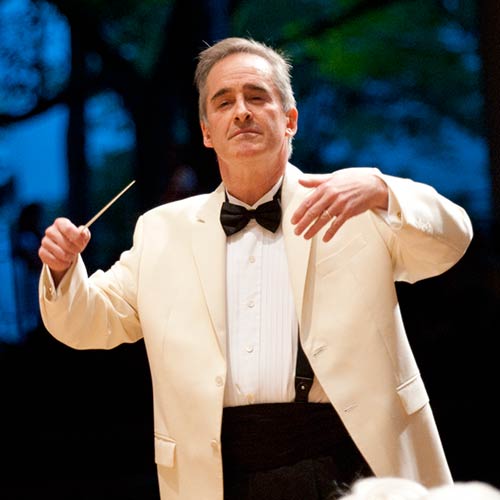 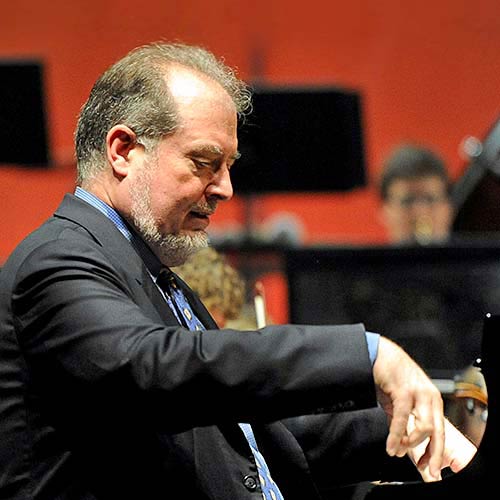 Artistic productivity of the most stupendous variety characterized a six-month period for Mozart, between October 1785 and April 1786. This musical harvest surpassed any similar period in his lifetime, when judged in terms of volume and quality. New compositions appeared in staggering numbers: three piano concertos, several vocal/orchestra works for his Masonic lodge, isolated pieces for violin and piano, substitute numbers for operas, his singspiel Der Schauspieldirektor (The Impresario) and the comic opera Le nozze di Figaro (The Marriage of Figaro). By one estimation, Mozart averaged writing six pages of music on 12-stave paper per day.

Heaping on to this colossal schedule, Mozart organized his typical Lenten subscription concerts as well as several benefit programs and private recitals. The Lenten programs especially taxed his stamina. Eighteenth-century audiences demanded new works from composer-virtuosos, and Mozart graced the 1786 season with a magnificent trilogy of piano concertos in E-flat major (K. 482), A major (K. 488) and C minor (K. 491).

Writers often comment on the challenges Mozart faced while shuttling between operatic and concerto genres. In so doing, they overlook the fundamental similarities between these forms. Each deals with dramatic conflict between "characters" and the development of their "personalities." In opera the protagonists wear a human face, while concertos give similar focus to an inanimate musical instrument. Mozart knew no rivals in his ability to convey the richness of human emotion through metallic strings and ivory keys.

The Piano Concerto in A Major flawlessly blends popular appeal with technical challenge, according to his own concerto formula expressed a few years earlier (in reference to other works): "These concertos are a happy medium between what is too easy and too difficult; they are very brilliant, pleasing to the ear and natural, without being vapid. There are passages here and there from which connoisseurs alone can derive satisfaction; but these passages are written in such a way that the less learned cannot fail to be pleased, though without knowing why."

Instrumentation partly accounts for the warm impression left by this concerto: there are two clarinets (Mozart included this instrument for the first time in the three concertos of 1786), but no oboes. Though this concerto often receives special mention for its near-ideal formal design, numerous surprises lay just under the surface. The expressive content gains richness through extremes. Musicologist Abraham Veinus wrote, "The mood of the concerto is difficult to define. It is neither wholly nor in part a comedy or a tragedy or something in between. … Like the late Shakespearean plays, its essence lies in an elusive series of emotional contradictions."

The Allegro opens with a two-theme orchestral statement, soon taken over by the solo piano. New melodic material does not emerge until the development, delayed according to the composer's typical design. Mozart shuffles his themes in the recapitulation, and then leaves space for a solo cadenza. (His own has survived.) The Adagio plunges into the key of F-sharp minor, a rare choice for Mozart. Musical poeticism arises from the conflicting union of melodic simplicity and haunting, expressive depth. With great jubilation, the rondo finale issues a continuous flow of melodic ideas.

Symphony No. 1 in D Major

A new symphonic universe was born in the Symphony No. 1 by Gustav Mahler, one in which life and music remained virtually inseparable. This sound world invariably reflected the composer's personal conflict, religious and philosophical outlook, and the current state of his psyche. As Mahler wrote in 1897, "It is only when I truly live that I compose, and only when I compose that I truly live." His debut orchestral work suffered a dismal failure at its 1889 world premiere, and this "child of sorrow" remained one of Mahler's least popular works until long after his death. Many in Budapest recognized immediately the subtle and imaginative orchestration of their new opera director. Yet even a relatively sympathetic critic like August Beer wrote, "He frankly staggers us by his virtuosity in handling the modern orchestra … yet he is easily led astray by just this technical superiority into using harsh colors and exaggerations of expression."

Mahler's conception for the Symphony No. 1 changed several times. For the Budapest premiere, the work was listed as Symphonic Poem in Two Parts. There were five movements: 1. Introduction and Allegro comodo, 2. Andante and 3. Scherzo forming Part I, and 4. À la pompes funèbres and 5. Molto appassionato Part II. Listeners, though, expected printed explanations of "symphonic poems" such as those accompanying the programmatic works of Berlioz, Liszt and Smetana. Mahler offered none to his Budapest audiences.

Four years later in Hamburg, Mahler expanded his programmatic outline and changed the work's name to Titan, a Tone Poem in Symphonic Form. The title Titan came from a novel by Jean Paul, whom Mahler admired for "his extravagances, his love of nature, his exaltation and his sudden shifts from sublime to the grotesque." Descriptive labels were added to all parts of the tone poem: Part I. From the Days of Youth-1. Spring without End, 2. Blumine and 3. In Full Sail-and Part II. Commedia humana-4. Aground (Funeral March "in the manner of Calot") and 5. Dall' Inferno.

By the time his score appeared in print in 1899, Mahler had made a complete about-face in his opinion of program music. In 1896 he wrote, "Just as I find it banal to invent music for a program, I find it unsatisfactory and unfruitful to attempt to provide a program to a piece of music-this in spite of the fact that the immediate cause of a musical conception is certainly an experience of the author, that is to say, a fact which is surely concrete enough to be described in words." The composer stripped away the programmatic titles and excised the "Blumine" movement. A more traditional symphonic structure resulted, although the thematic allusions remained intact.

Symphony No. 1 opens "like a sound of nature" with a single, sustained pitch. To this hushed atmosphere, Mahler first adds a descending fourth, an interval that soon blossoms into cuckoo calls and the jaunty main theme. This melody is borrowed from the second piece in the composer's song cycle Lieder eines fahrenden Gesellen (Songs of the Wayfarer)-"Ging heut Morgen über's Feld" ("This Morning I Went through the Field"). Kaleidoscopic transformations of the theme build to an exhilarating end to the first movement.

"Blumine," as musicologist Donald Mitchell has observed, very likely originated from Mahler's incidental music for Joseph Scheffel's Der Trompeter von Säkkingen (1884). Mitchell based his presumption on the near similarity between a trumpet tune from that now-lost score (notated from memory by Max Steinitzer) and a melody in "Blumine." In the original theatrical context, this material provided a tender serenade sung by the hero Werner while crossing the Rhine in search of his beloved Margareta. Mahler envisioned his "Blumine" adaptation as a "love episode" within the symphonic drama. This music also may have been partly autobiographical, a memorial to his romance with Johanna Richter, the opera singer who inspired the song cycle Lieder eines fahrenden Gesellen, written about the same time as Der Trompeter von Säkkingen. In later years Mahler explained to conductor Bruno Walter that he removed "Blumine" because it was "insufficiently symphonic."

For his Kräftig bewegt (strongly moving) Scherzo, Mahler writes a Ländler, a triple-meter Austrian peasant dance. A slower trio moves more delicately, then the Ländler returns. After its conclusion, Mahler calls for "a rather long pause" before the third movement. Gloomy canonic variations on the folk song "Brüder Martin" (better known as "Frère Jacques"), transposed to a minor key, provide a refrain for the third movement. "This is simply the cry of a deeply wounded heart, preceded by the ghostly, brooding oppressiveness of the funeral march," Mahler wrote in 1896. The first episode conjures images of a slow, Hasidic wedding dance. Another tune comes from the fourth of the Lieder eines fahrenden Gesellen, in which the voice sings "Auf der Strasse steht ein Lindenbaum" ("By the Road Stands a Linden Tree").

Mahler's expanded programmatic title, "From out of the Inferno into Paradise," outlines the progression of temperaments in the Stürmisch Bewegt (stormy) finale. Agitated, disjunct fragments of familiar themes provoke a sense of rampant chaos. Order returns in the divine beauty of the violins' second theme. Additional material from the first movement returns, and an enormous, triumphal coda ennobles the symphony's introductory "nature music."