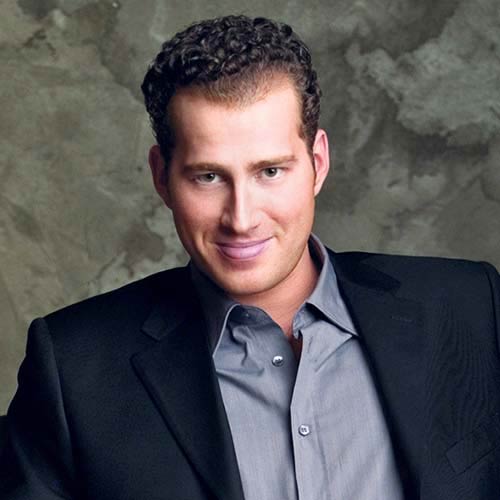 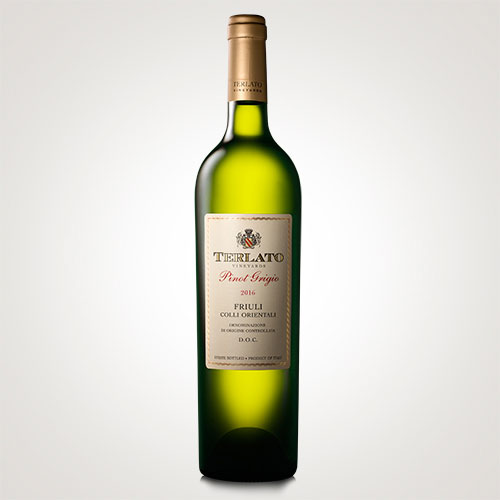 Join us on July 16 for a formal wine tasting in an educational setting featuring a selection of the finest wines from the Terlato Wines portfolio. The special package price includes the pre-concert wine tasting and the choice of reserved or lawn concert tickets. New this year, we are offering a package option for dinner at Mirabelle following the tasting. Ravinia Wine Club: The perfect pairing of Terlato Wines and the Chicago Symphony Orchestra.

The young Mozart traveled throughout Europe-Italy, Vienna, Mannheim and Paris-during the 1770s to absorb various national styles of composition. With this cosmopolitan background, he hoped to compete for an appointment at one of the important musical centers in Germany or Austria. Mozart's status in his native Salzburg was tenuous at best, and his attempts to join the imperial court in Vienna proved unsuccessful. By the middle of the decade, Mozart had developed a close association with Munich that he hoped would lead to a permanent position. He was commissioned to create an opera- La finta giardiniera-for the 1774 Carnival season. Its first performance, scheduled for December 29, was postponed until January 13. Although the Munich audience greeted the opera with enthusiasm, Mozart was offered no position at court and returned unhappily to Salzburg.

Back home, his attention turned to new instrumental combinations, perhaps hoping to draw fresh attention to his varied musical talents. Five violin concertos were completed between April and December 1775, most likely for Antonio Brunetti, first violinist of the Salzburg court orchestra and a family friend of the Mozarts. It is also possible that the concertos were written to showcase Wolfgang's abilities as a violinist. As the son of Leopold Mozart, a famous violinist and author of a treatise on the instrument, Wolfgang had studied the violin as a youth, becoming almost as proficient as he was on the keyboard. Leopold lavished praise on Wolfgang's violin playing: "You yourself do not know how well you play the violin, if you will only do yourself credit and play with energy, with your whole heart and mind, yes, just as if you were the first violinist in Europe."

The Violin Concerto No. 3 exhibits a breadth of form and maturity of expression that place it among the composer's early masterworks. The Allegro follows Mozart's typical design with two expositions of the themes, a development and recapitulation. The lively first theme opens with a dramatic juxtaposition of loud and soft dynamics. Oboes and horns present a lyrical second theme, while the violins provide a light accompaniment. The solo violin begins a second exposition with the first orchestral theme. A new violin theme begins quietly with a rising arpeggiated chord. The orchestra's lyrical theme returns with the solo violin added to the delicate scoring for oboes, horns and violins. The development is based on a new theme and modulates through several keys. The recapitulation returns to the first orchestral theme, the solo theme, and then the second orchestral theme. A solo-violin cadenza follows, and the orchestra concludes.

The Adagio takes on the form of a sonata in which primary melodic interest is given to the solo violin. Muted first violins present the first theme over the accompaniment of the muted second violins and violas and pizzicato cellos and basses. The solo violin restates this first theme. The solo violin plays a second melody, characterized by a wide opening leap. There is a development of the opening melody, after which both themes return.

Mozart's finale is a seven-part rondo, but with some unusual variations. Orchestral violins present the vigorous refrain theme. The solo violin introduces a second theme. The refrain returns in the solo violin before a development based on material from the contrasting theme. After a pause the refrain again appears in the solo violin. Instead of returning to the second theme, Mozart makes a complete change in tempo and mood. This episode contains two ideas: a minor-key, gavotte-like Andante melody played by the solo violin with a pizzicato accompaniment, and a Hungarian folk melody in major known as the "Strasbourger." The refrain is heard a final time, and a codetta concludes the concerto.

The theatrical works of Shakespeare seared Berlioz's soul like a bolt of lightning. On September 11, 1827, he attended a performance of Hamlet given by a traveling English troupe at the Odéon Theater in Paris. Despite an utter ignorance of the English language, Berlioz was instinctively drawn to Shakespeare's tragic characters. This fascination left its mark on several compositions, including the dramatic symphony Roméo et Juliette and the grand overture Le roi Lear (King Lear).

Lightning struck Berlioz a second time in the person of Harriet Smithson, the Irish actress whose performance as Ophelia in Hamlet ignited the young composer's passion. He wrote of the performance, "The impression made on my heart and mind by her extraordinary talent, nay her dramatic genius, was equaled only by the havoc wrought in me by the poet she so nobly interpreted." Berlioz did not meet Smithson before her return to England. Nonetheless, his idealized memory of the actress developed into obsessive infatuation.

The "tortures of an endless and unquenchable passion" that Berlioz endured sparked vague ideas for a grand symphony, which he outlined in a letter to Humbert Ferrand on February 6, 1830. When rumors of a tryst between Smithson and her manager circulated in Paris, Berlioz flew into a jealous rage. Her imagined betrayal provided the missing dramatic element to the orchestral work formulating in his mind- Episode from the Life of an Artist: Fantastic Symphony in Five Movements. Berlioz reversed the title and subtitle sometime after 1858 to account for the sequel "episode"-Lelio, or the Return to Life, Lyrical Monodrama-a large-scale piece in six movements with long monologues intermingled. The symphonic title assumed a definitive form as Fantastic Symphony, First Part of the Episode from the Life of an Artist, Lyrical Opus.

Berlioz brought a revolutionary approach to this symphony, combining the limitless expressive strength of Romantic orchestral writing with the narrative capacity of prose and drama. He expanded the standard symphonic structure to five movements, corresponding to the number of acts in classic tragedies. Each movement bears a descriptive title drawn from his published program notes, which Berlioz wanted distributed to audiences and read before the performance, especially whenever Symphonie fantastique and Lélio formed a double bill.

The story involves a young musician who falls in love with the idealized woman of his dreams (the Beloved). Passion awakens a frenzy of emotions ranging from melancholy to ecstasy. Images of the Beloved haunt him constantly, even amidst the tumult of a ball or in the countryside as two shepherds play a gentle duet, a ranz des vaches (a traditional Alpine cattle call). Feeling his love is unrequited, the musician attempts suicide by opium. His weak dosage brings hallucinations instead of death. The artist dreams that he has murdered his Beloved and is condemned to death. He witnesses his own processional march to the scaffold and welcomes a final, tender vision of his Beloved before the fatal blow. The artist next imagines himself at his own funeral at a witches' sabbath. His Beloved's "nobility and shyness" have transformed into something "mean, trivial and grotesque." She joins the demonic scene in a wild round dance mingled with strains of the Dies irae, a chant from the Catholic Mass for the Dead.

Berlioz devised an innovative means of recalling the Beloved throughout the Symphonie fantastique-a distinctive melody called theidée fixe that appears in each movement. The thematic character alters with the artist's changing vision of his Beloved. Furthermore, the idée fixe contributed a cyclic unity to the symphony. This melody originally belonged to Berlioz's cantata Herminie (1828), an unsuccessful submission for the Prix de Rome. The composer relocated music from other early compositions into the Symphonie fantastique as well. For instance, the opening violin melody originated as an "intensely sad song" in his Estelle et Némorin songs (now lost) based on texts from La Fontaine's Les deux pigeons. Scholars are reasonably certain that Berlioz transplanted the "March of the Guards" from his opera Les francs-juges (1826) directly into the symphony as the "March to the Scaffolds."

Several early critics brutalized Berlioz and his new symphonic conception for its musical-poetic union, which they considered a childish and ridiculous attempt at imitation. (His enlarged and unprecedentedly diverse orchestration also prompted numerous literary jibes and caricatures.) François-Joseph Fétis dismissed the composer and his new aesthetic in an analysis of Symphonie fantastique published in the Revue musicale (February 1, 1835): "In a word, if you possessed what you basically lack, if you had true imagination, you would be allowed everything, and today's critics would become your admirers. Until then, you may take it for granted that your restless posturing will be in vain: your present output will remain unworthy of consideration as works of art!"

Such condemnation understandably put the composer on the defensive. A florid writer and persuasive critic himself, Berlioz responded with an extended footnote in the published program that defined the relationship between the music and the accompanying narrative: "The aim of the program is by no means to copy faithfully what the composer has tried to present in orchestral terms, as some people seem to think; on the contrary, it is precisely in order to fill in the gaps that the use of musical language unavoidably leave in the development of musical thought, that the composer has had to avail himself of written prose to explain and justify the outline of the symphony. He knows very well that music can take the place of neither word nor picture." To bolster his case, Berlioz also authored an extended essay on the goals and limitations of program music-"On Imitation in Music"-printed serially in the Revue et Gazette Musicale de Paris on January 1 and 8, 1837.

Symphonie fantastique received its premiere on December 5, 1830, more than three years after the lovelorn composer first set eyes on the Irish actress. Close friends understood the identity of the two protagonists-Berlioz as the artist, and Smithson as his Beloved-but the subject of this passion and derision remained utterly unaware of her part in the orchestral drama. That situation changed at a performance on December 9, 1832. Berlioz, recently returned from two years in Italy as winner of the Prix de Rome (awarded for his 1830 cantata La mort de Sardanapale), had rented an apartment formerly occupied by Smithson. The housekeeper shared startling news with the composer: "She's in Paris, she was staying here only a few days ago." Smithson had returned as director of an English theatrical company presenting dramas by the great Bard of Avon for French audiences. The troupe experienced little success on this tour because, as Berlioz explained, "Shakespeare was no longer a novelty to the feckless and frivolous public." Box seats were arranged for the actress-impresario to attend a concert presentation of Symphonie fantastique coupled, for the first time, with Lélio.

As the performance progressed and Shakespearean references increased, Smithson realized the Beloved's true identity. "God," she exclaimed, "Juliet-Ophelia! Am I dreaming? I can no longer doubt. It is of me he speaks. He loves me still." Their delayed meeting took place the next morning, and an intimate relationship quickly developed. Hector and Harriet married October 3, 1833, with Franz Liszt as a witness. Their son Louis was born the following August. In later years, Berlioz softened his critical portrayal of the Beloved by redrafting the program notes. Nevertheless, the fantasy underlying their relationship could not sustain a marriage. The couple officially separated in 1844, and Harriet died a decade later.

The Symphonie fantastique might easily have faded away under the weight of criticism and shattered personal illusion. However, another fate awaited this pioneering work for, as Charles Gounod explained, the symphony's significance "may be gauged by the fanatic adherence of some and the violent opposition of others." A legion of Romantic visionaries-Franz Liszt, Robert Schumann, Richard Wagner and Hugo Wolf, among others-countered the critics with equally copious and fervent praise.