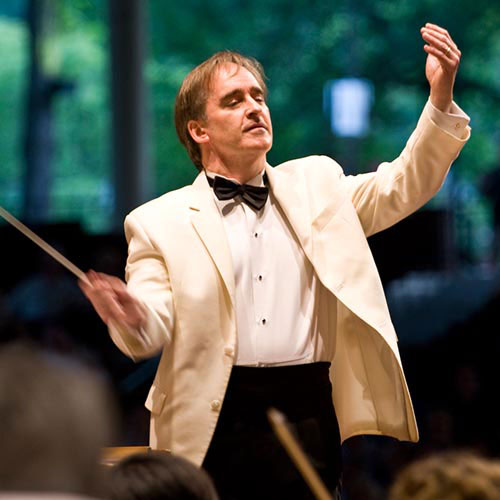 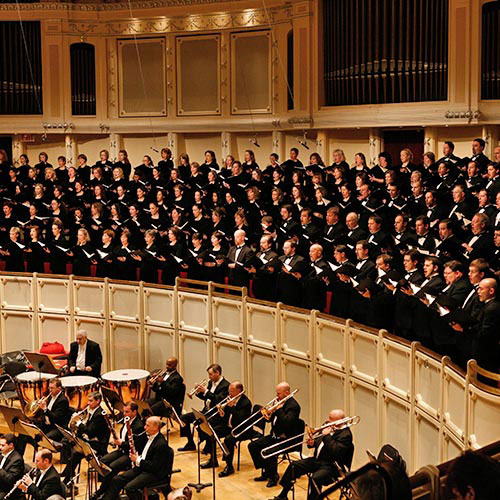 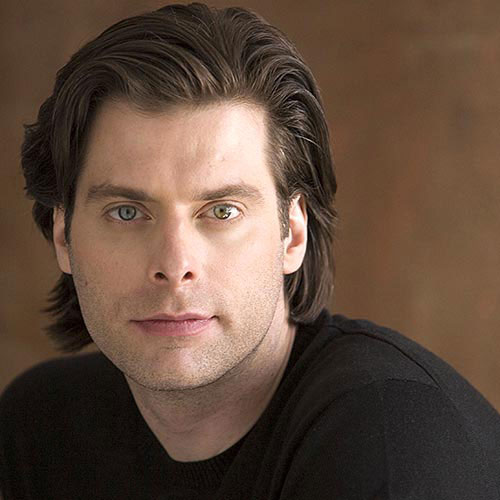 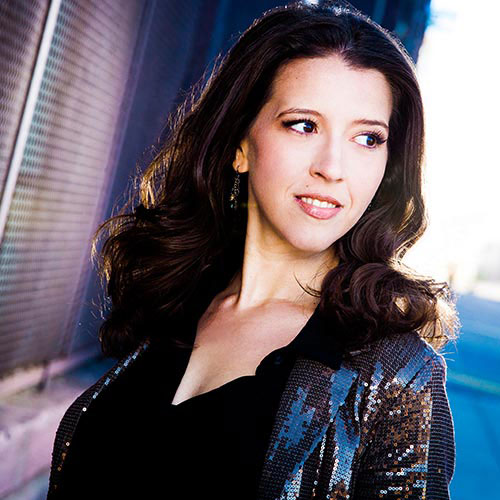 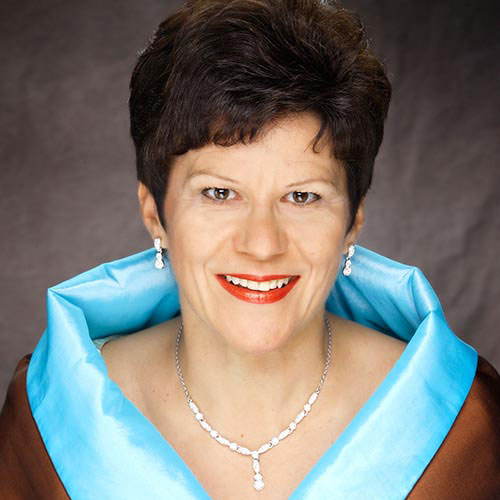 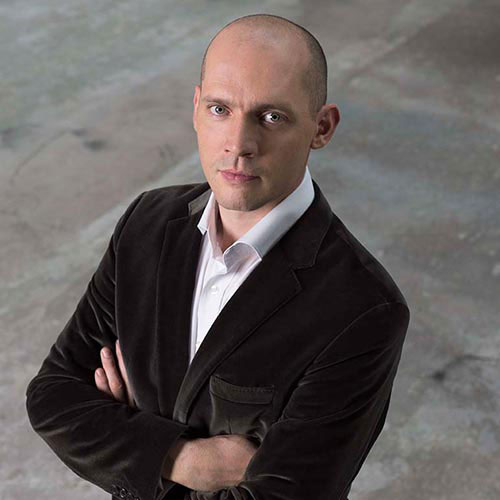 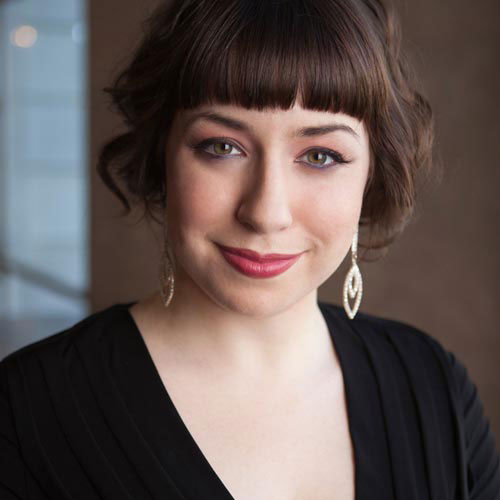 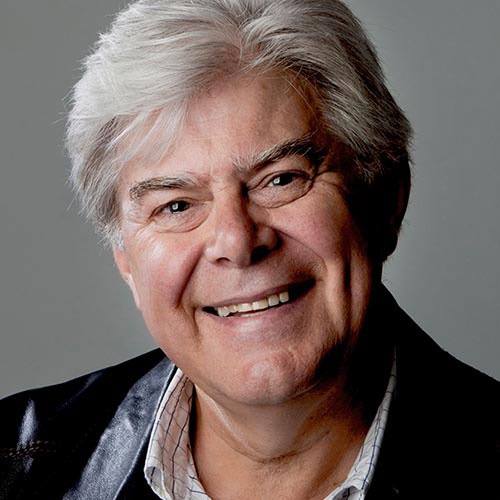 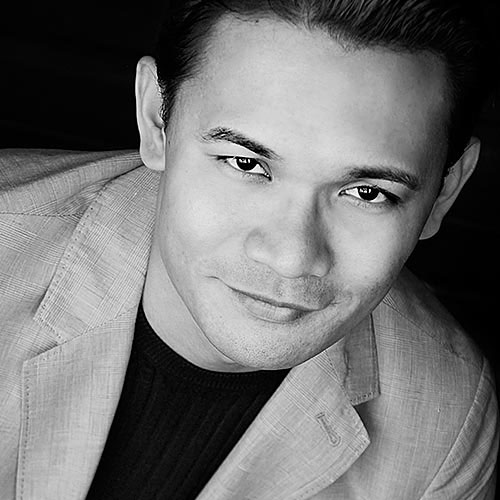 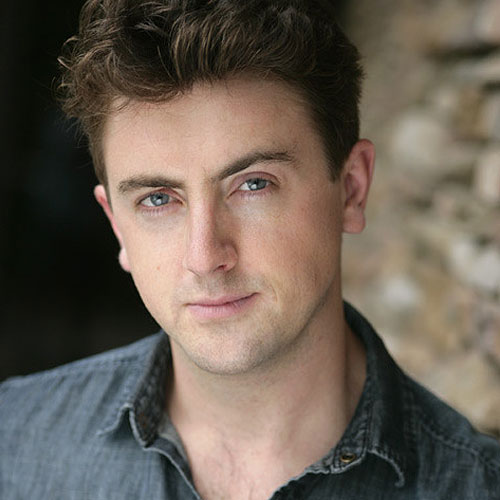 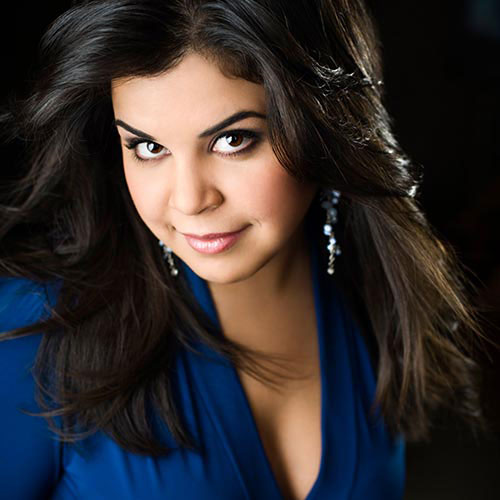 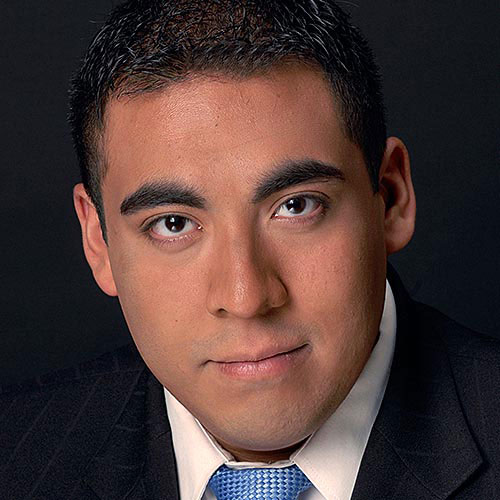 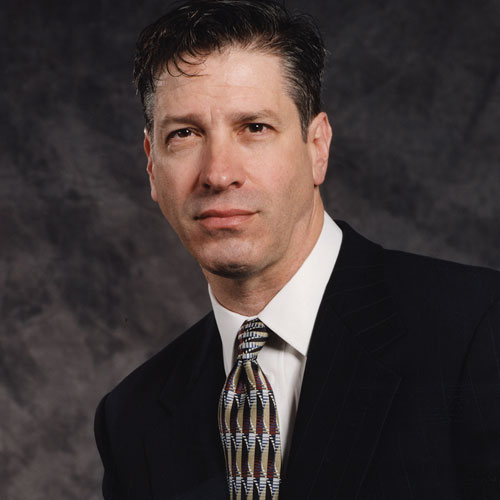 After five years in Vienna, Mozart anxiously sought his first Italian opera triumph. Two German singspiels—The Abduction from the Seraglio and The Impresario—had experienced mixed success, but Mozart failed to impress the opera-loving Emperor Joseph II. The Marriage of Figaro,by the French playwright Beaumarchais, possessed all the key elements for operatic success. Figaro was the centerpiece of a theatrical trilogy centered on the wily servant Figaro. (His first installment was the popular Barber of Seville.)

Christened Pierre Augustin Caron at birth, Beaumarchais had grown up the son of a clockmaker in Paris. His stage works made dangerous, satirical commentary on the social order of pre-Revolutionary France. Beaumarchais literally situated himself onstage in his own plays. The name of his leading character, Figaro, literally derives from his own: fils Caron (son of Caron).

Viennese audiences, already familiar with Barber through Giovanni Paisiello’s immensely popular opera, naturally would flock to Mozart’s Figaro. Expectations for this sequel in the Figaro trilogy were understandably very high. However, the greatest obstacle confronting the opera involved convincing the emperor to lift his recent ban on Figaro because of its uncomplimentary portrayal of the aristocracy. Mozart required an influential figure who could negotiate the numerous clearance necessary to bring Figaro to the stage.

Fortunately, the librettist Lorenzo Da Ponte, who had adapted the play into Italian, enjoyed high favor at court and intervened on behalf of the already completed opera. In his memoirs Da Ponte recalled the following exchange with His Imperial Highness: “[Emperor:] ‘Don’t you know that Mozart, though a wonder at instrumental music, has written only one opera [he apparently only knew The Abduction from the Seraglio], and nothing remarkable at that?’ ‘Yes, Sire’, I replied quietly, ‘but without Your Majesty’s clemency I would have written but one drama in Vienna.’” Da Ponte provided assurances that all offensive scenes had been removed from his libretto, and the emperor allowed production of Figaro to proceed.

Mozart’s innate and multifaceted theatrical sensibilities perfectly suited The Marriage of Figaro. The opera’s timelessness results from the composer’s skillful musical portrayal of noble and dishonorable, peasant and aristocrat, devious and dim-witted characters. Regardless of social class the personalities undergo profound transformations throughout the course of the drama. The count is an uncontrollable and unrepentant womanizer until the end, when even he (begrudgingly) recognizes the errors of his ways and reunites with the countess, a long-suffering and tender character. The servant Figaro devises the clever scheme that outwits his master and preserves Susanna’s chastity. Susanna, the opera’s real heroine, remains true to herself while trying to please others. Mozart’s music brings all these triumphs and failings of humanity—as real today as they were in the 18th century—into clear focus.

Sinfonia. The orchestral prelude bustles with frenetic electricity that spills over into the opera’s first scene. No actual themes from the opera appear in this sonata-form overture. Mozart’s music sets the stage for the wonderfully complex and comic web of love and lust, noble simplicity and misguided high-mindedness, deception and reconciliation that follows.

Act One. A sparsely furnished room. Figaro, valet to Count Almaviva, is busy measuring the room for his wedding bed (“Cinque, dieci, venti, trenta”) while his fiancée Susanna, the Countess’s maid, tries on her wedding hat. The lecherous count has provided the couple with an apartment next to his own, hoping to claim “the lord’s rights” with Susanna. Figaro begins to understand why the count wants him and Susanna to go to London, where the count begins a new appointment as ambassador. The outraged servant decides that “If the count wishes to dance, Figaro will call the tune” (“Se vuol ballare”).

Marcellina and Bartolo devise a plot to obstruct the marriage of Figaro and Susanna. Marcellina wants Figaro for herself, and plans to enforce the terms of a contract Figaro had signed agreeing to marry her if he failed to repay a loan by a certain date, which has now passed. Bartolo merely seeks revenge for Figaro’s past offences (“La vendetta, oh la vendetta”). Susanna enters and hears Marcellina say that Figaro will do anything for money, including seducing the countess’s maid. Susanna and Marcellina trade insults (“Via resti servita”).

Cherubino, the count’s page, dashes in. His master has discovered him in Barbarina’s room and has dismissed him from the castle. However, Cherubino’s passions clearly belong to the countess, whose ribbon he steals in exchange for a canzonet. The infatuated young man is breathless with desire (“Non so più”). The count arrives unexpectedly, and Cherubino hides behind a chair. Almaviva resumes his advances on Susanna. When he hears Basilio’s voice outside the window, he also hides in the room. Basilio urges Susanna to yield to the count’s desires, since he is a better match than Figaro. Susanna objects but Basilio mentions that he has seen Cherubino outside her window, calling her purity into question. Besides, Basilio has found Cherubino’s canzonet and wonders whether it is for Susanna or the countess, who, rumors have it, the page desires. The count emerges from his hiding place and demands Cherubino’s dismissal (“Cosa sento?”).

The scene grows more scandalous with the discovery of Cherubino. The count begins to summon Figaro then reconsiders because Cherubino has witnessed his advances on Susanna. Figaro enters with a group of peasants who sing the count’s praises (“Giovanni lieti”). Figaro wants the wedding to take place as soon as possible and requests that the count relinquish his lordly claim on Susanna. Figaro and Susanna request leniency for Cherubino, who the count makes an officer of the regiment. Figaro praises the military life (“Non più andrai”).

Act Two. The countess’s chamber. The countess grieves the loss of her husband’s love (“Porgi amor”). Susanna enters and discusses the morning’s events with the countess, who believes that pride, not love, has inflamed her husband’s jealousy. Figaro unveils a plan. The count will receive an anonymous letter informing him that the countess intends to meet her lover at the evening ball. The count will be so enraged that he will forget about Figaro and Susanna’s wedding. Susanna will agree to meet the count in the garden, but Cherubino, disguised as a girl, will go in her place. The countess will surprise the couple, and force the count to permit the marriage.

Cherubino sings his canzonet, accompanied by Susanna on the guitar, to the countess (“Voi che sapete”). The countess notices his military commission then begins dressing Cherubino for his role in the plot (“Venite, inginocchiatevi”). While adjusting his outfit, the countess notices her ribbon tied around his arm. The count enters in his hunting outfit with the anonymous letter in hand. He hears a noise coming from the closet. The countess assures him it is only Susanna. The count orders Susanna to come out but the countess refuses to unlock the door (“Susanna or via sortite”). Cherubino and Susanna frantically seek a way out of the locked room. The page drops safely from the window into the garden below. The count returns with tools to unlock the door. His wife admits that Cherubino is in the room.

Mozart concludes the act with a grand, fast-moving ensemble finale. Surprisingly, it is Susanna who emerges from the closet. The count asks about the letter. His wife assures him that it was one of Figaro’s pranks. The count begs her forgiveness. Figaro arrives: The musicians are in place, and the wedding is ready to begin. The count asks about the letter, but Figaro denies any knowledge of it. Unexpectedly, the gardener Antonio enters with a broken pot. He has seen a man jump from the window leaving commission papers on the ground. Figaro declares that he was the mysterious figure. Marcellina, Bartolo and Basilio join the scene to make a case for Marcellina’s legal claim on Figaro.

Act Three. Great hall of the castle, decorated for a marriage feast. The count ponders recent events, considering both his and his wife’s honor. The countess orders Susanna to arrange a meeting with the count, which she herself will keep disguised as the maid. Susanna will use the dowry the count has promised in exchange for his lordly rights to pay Marcellina. The lustful count is more than willing to meet her later that night (“Crudel! perchè finora”). Susanna tells Figaro that their case is won without going to court. Overhearing their discussion, the count is outraged at being tricked by mere servants (“Vedrò mentre io sospiro”).

The legal case comes to court. The judge announces his verdict: Figaro must either pay Marcellina or marry her. Figaro stalls by claiming that he cannot marry without the consent of his parents who, since he was kidnapped as a child, he does not know. A birthmark proves that Figaro is the son of Marcellina and Bartolo. There is general rejoicing as the family reunites (“Riconosci in questo amplesso”). Susanna enters with the money, only to find Figaro embracing Marcellina. She gives him a good slap before learning the truth.

The countess professes her great unhappiness but resolves to remain constant in her heart (“Dove sono”). Antonio informs the count that Cherubino is still in the castle. Susanna tells her mistress about the courtroom drama. The countess dictates a letter for the count arranging the meeting in the woods and seals her message with a pin (“Che soave zeffiretto”). Barbarina enters with a female chorus, including a costumed Cherubino, singing the countess’s praise (“Ricevete, oh padroncina”). The count discovers Cherubino’s identity and is outraged. However, Barbarina demands Cherubino in marriage as the price for a kiss she gave the count.

March music begins, and Figaro orders everyone to their places (“Ecco la marcia, andiamo”). The wedding procession enters, and two girls praise the count for renouncing his lordly rights. A fandango—taken from Gluck’s ballet Don Juan—calls all to dance. Susanna passes the letter to the count, who pricks his finger on the pin. The count commands that the wedding festivities take place that evening.

Act Four. The garden at night. Barbarina searches in the dark for the pin, which the count has asked her to deliver to Susanna (“L’ho perduta, me meschina”). Figaro is furious, and decides to interrupt the rendezvous later that night. Marcellina determines to warn Susanna of Figaro’s anger (“Il capro e la capretta”). Barbarina arrives to meet Cherubino in the garden. Figaro, Bartolo and Basilio await the secret meeting of the count and Susanna. Figaro complains bitterly about the fickleness of women (“Aprite un po’ quegl’occhi”).

Susanna and the countess enter wearing one another’s clothes. Marcellina takes cover to watch the performance. Dreaming of her fiancé Figaro, Susanna sings a lovely aria (“Deh, vieni, non tardar”). Figaro, eavesdropping from behind a tree, jealously imagines that her song is for the count. The opera concludes with a complicated finale. Cherubino attempts to steal a kiss from “Susanna” (the countess in disguise), which the count intercepts. With a dowry and ring in hand, the count attempts to lead “Susanna” away. The real Susanna enters in the countess’s dress. Figaro recognizes her voice, and the two lovers reunite. Thinking that Figaro has seduced his wife, the count flies into a rage. The “countess” begs his forgiveness, which he refuses. The real countess emerges and, in a tender lyrical moment, forgives her wayward husband. Figaro and Susanna’s wedding celebration resumes as all agree to end this day of torment in joy and contentment.

Figaro is one of the best-known names in opera today, just as James Conlon is one of opera’s finest conductors. Performed by the Chicago Symphony Orchestra, Mozart’s The Marriage of Figaro reaches lofty heights of tunefulness in the intimate setting of the Martin Theatre, the 850-seat acoustic gem of the same size as Mozartean halls. John Relyea reprises the title role he stepped into at Ravinia in 2010, with Lisette Oropesa also returning as Susanna and Soile Isokoski and Stéphane Degout portraying the Countess and Count Almaviva.