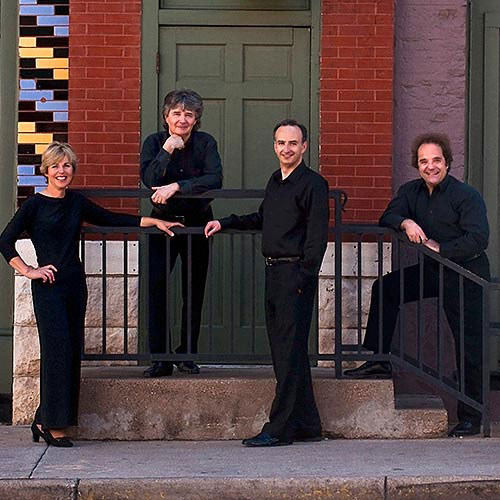 The Takács String Quartet, originally from Hungary, has always had a special resonance with music from Central Europe, and between its two programs will showcase that deeply personal connection. Smetana strived to “depict in music the course of my life,” treating the four instruments of his Quartet No. 1 as a small circle of friends recounting tales among themselves, while Janáček celebrated the growing romance in his life in his Quartet No. 2, “written in fire, unlike earlier works written only in hot ash.” The latter’s Quartet No. 1, however, was inspired by Beethoven, whose works are featured on both evenings along with Janáček’s. On the other side of the emotional spectrum, the somber Adagio from Barber’s lone string quartet (which is best known today in its orchestral arrangement, the Adagio for Strings) packs an emotional wallop that makes it one of the most recognizable melodies in the world.