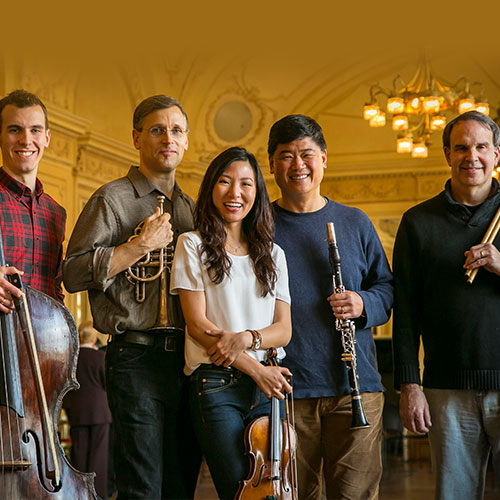 A Soldier's Tale / The Devil's Tale

Dining Package: You can make the concert a complete evening out when you purchase the concert/dining package for $75 per performance. This convenient package comes complete with dinner in the Park View followed by the performance in the Martin Theatre.

CSO clarinetist John Bruce Yeh and Chicago Pro Musica will perform the world-premiere staged version, directed by Hershey Felder, of Illinois-resident composer James Stephenson’s The Devil’s Tale, conceived as a sequel to Stravinsky’s The Soldier’s Tale. The Minneapolis Star-Tribune calls Stephenson “a composer of real talent,” with the Boston Herald proclaiming his work “deserves to be heard again and again.” Following the premiere, they will also perform the original Stravinsky work, never before performed in its complete staged version at Ravinia.