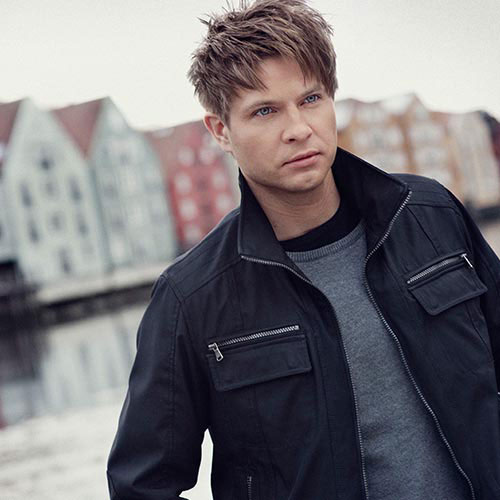 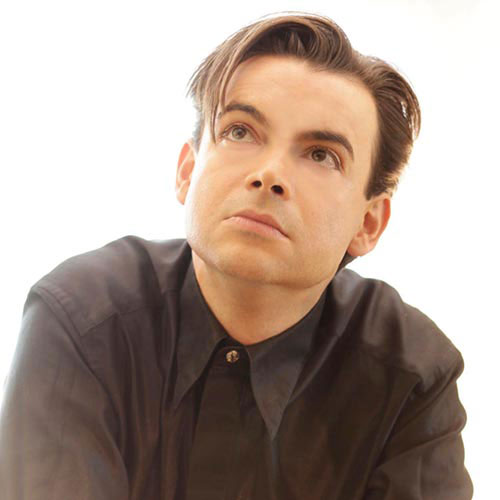 Making his mark on a “new world” in his Ravinia and CSO debuts, “rhythmically sharp but suavely expressive” (Los Angeles Times) 30-year-old conductor Krzysztof Urbanski leads two works by composers living abroad in America: Dvořák gave his take on the American folk idiom in his “New World” Symphony, while Stravinsky gave his adopted home audiences an extra helping of music from his Firebird ballet in his 1945 suite. Also making his debut is pianist Dejan Lazić, “a powerhouse performer whose playing combines strength with beauty” (The Guardian).

Suite from The Firebird (1945 version)

Russian legend tells of the evil, grotesque Kashchei, who abducts unsuspecting maidens and turns young men into stone. The immortal Kashchei dwells within a magic garden, his soul locked away in an egg-shaped chest. A kind-spirited firebird glides among the golden apple trees. One night Prince Ivan Tsarevich wanders into the garden and plucks a feather from the firebird. He also falls in love with a captive maiden. At daybreak he follows her into Kashchei’s palace, only to be seized by the guards. Moments before being turned to stone, the prince pulls out the magical feather. The firebird appears and tells him of Kashchei’s secret chest. Ivan destroys the egg, and the wicked overlord vanishes.

Choreographer Mikhail Fokine proposed the scenario in 1909 to impresario and founder of the Ballets Russes, Sergei Diaghilev. The folk tale intrigued Diaghilev enough to schedule the imagined ballet for the 1910 season. He originally offered the ballet commission to Anatol Liadov, professor at the St. Petersburg Conservatory, but he proved a ponderously slow worker. Diaghilev’s second choice was the up-and-coming composer Igor Stravinsky. The success of this ballet score and the two that followed (Petrushka and Rite of Spring) catapulted Stravinsky to international acclaim.

A year after staging the Firebird ballet in Paris, Stravinsky extracted five pieces from his brilliantly orchestrated score as a concert suite for large orchestra; the instrumentation is roughly comparable to the ballet ensemble. A second concert suite conceived for a smaller ensemble and including five different excerpts appeared in 1919. Stravinsky compiled a 10-movement “ballet suite” with reduced instrumentation in 1945, the version heard on this occasion.

Although Stravinsky secretly doubted his ability to complete the score on time, he openly voiced reservations with the production itself. In an essay titled “Firebird’s First Flight,” published with his own recording of the Firebird ballet for Columbia Masterworks, Stravinsky wrote, “The Firebird did not attract me as a subject. Like all ‘story’ ballets, it demanded ‘descriptive’ music of a kind I did not want to write. I had not yet proved myself as a composer, had not earned the right to criticize the aesthetics of my collaborators; but I did criticize them, and arrogantly, though perhaps my age (I was only 27) was more arrogant than I was.”

Both of Chopin’s completed piano concertos emerged from a one-year burst of musical ingenuity in 1829–30. Some early biographers report a third concerto that apparently never progressed beyond the planning stage. The young Pole brimmed with enthusiasm after his recent successes in Vienna, where he excited the typically staid audiences with “exotic” mazurkas, polonaises and Krakowiaks, as well as his phenomenal improvisation skills. Love, or rather infatuation, for a young soprano, Konstancja Gladkowska, further kindled his passions.

Konstancja entered the Warsaw Conservatory in 1826. A chance encounter with Chopin, a fellow student, left no impression on the young woman. However, the pianist-composer was absolutely smitten by the charming chanteuse. To his friend, Tytus Woyciechowski, Chopin swooned like a love-struck adolescent: “I have—perhaps to my misfortune—already found my ideal, which I worship faithfully and sincerely. Six months have elapsed, and I have not yet exchanged a syllable with her of whom I dream every night. Whilst my thoughts were with her I composed the Adagio of my [F-minor] concerto, and this morning she inspired the waltz [Op. 70, No. 3] which I send along with this letter.”

Chopin premiered the F-minor concerto at his Warsaw concert debut at the National Theater on March 17, 1830. According to 19th-century practice, the first movement was separated from its partners by another work, in this case the divertissement for French horn by Pan Görner. Chronologically the Concerto No. 2 was the first written; misplaced parts delayed its publication until 1836, two years after the Concerto No. 1 in E Minor, Op. 11. The printed score of the second concerto offered public evidence of Chopin’s fickleness: a dedication to the Countess Delfina Potocka. The author George Sand (pseudonym for Baroness Aurore Dudevant), one of Chopin’s lovers, once drolly stated that he could fall in and out of love in a single evening.

The first orchestral theme smolders with pent-up emotion, while its march-like companion provides temporary restraint. A gradual crescendo builds to the piano entrance. The solo commands full attention for the remainder of this movement. Recollections of the solo piano nocturnes echo throughout the ardent slow movement. Dance themes, for which Chopin was widely celebrated, appear in the Allegro vivace, first a waltz then a Polish mazurka.

Mikhail Glinka, the father of Russian musical nationalism, once stated that “a nation creates music—the composer only arranges it.” Many others agreed that the true soul of any nation (in the cultural, not political, sense) radiates through the music of its people. A nationalistic movement arose in the late 18th century and gained momentum during the 19th century, spreading from the British Isles, France and Germany to Poland, Hungary, Spain, Bohemia and elsewhere. People all over the globe sought to express their unique cultural identity, those qualities that set them apart from the mainstream and from other people, through the power of music.

The United States arrived rather late on the nationalist musical scene. Its population represented many different cultures, yet political stability relied upon an overall sense of unity and cohesion—the treasured “melting pot” ideal. Its classical music tradition still depended overwhelmingly on a European influence. Promising American musicians typically studied with European immigrant teachers before completing their studies at a European conservatory. Performers mastered the standard European repertoire on their instrument or voice. Composers wrote music in European forms with European harmonic and melodic styles.

A few distinctively “American” personalities emerged in 19th-century classical music. One German immigrant, Anthony Philip Heinrich (1781–1861), became known as “The Beethoven of America” by portraying the nature, minority cultures, lifestyle and patriotic music of his new homeland in such works as The Dawning of Music in Kentucky, or The Pleasures of Harmony in the Solitudes of Nature; Pushmataha, a Venerable Chief of a Western Tribe of Indians; and The Ornithological Combat of Kings, or The Condor of the Andes and the Eagle of the Cordilleras.

The efforts of these talented musicians in creating an inherently American classical tradition were considered in their day little more than curiosities. None of their innovations inspired a “school” of composition, and no musicians immediately followed them down the nationalistic path. America longed for its own identity in classical music. In this respect it lagged far behind its admired European counterparts.

Several unresolved issues stood in the way of an American nationalist movement in classical music. Which of the countless “folk” (that is, ethnic) cultures might represent the essential American identity? How would composers mix national styles with classical forms? Where would musicians receive training in this nationalist tradition? Which musicians have enough experience in nationalist composition to guide the emergence of an “American” style?

Enter Mrs. Jeanette F. Thurber, the philanthropic wife of the wealthy New York businessman Francis B. Thurber, who placed personal resources behind the establishment of the American School of Opera and its parent organization, the National Conservatory of Music (1885). Mrs. Thurber understood the obstacles confronting American classical music and, through force of imagination and influence, willed the conservatory into existence. Her school pursued a progressive agenda involving high-level training of talented American musicians, regardless of race, class, gender or financial means. The faculty included some of the most eminent musicians living in New York.

Recognizing the need for a high-profile musician who could lead the conservatory and who could lend validity and direction to the development of an American approach to music, Mrs. Thurber contacted the most famous nationalist composer living in Europe, Antonín Dvořák, to become director. She conveyed the initial offer by telegram in June 1891. After much negotiation and numerous changes in contract, Dvořák signed the agreement in April 1892.

Dvořák arrived in the United States with his wife and two of his six children on September 26, 1892. A series of social and musical events had been planned by the wealthiest and most influential New Yorkers to celebrate the arrival. His two-year appointment—with duties including conducting the National Conservatory of Music Orchestra and Chorus and teaching composition and instrumentation—began the following month.

Almost immediately, Dvořák began surveying the American musical scene. One of his African-American students, Henry Thacker Burleigh, sang dozens of spirituals for the new conservatory director. A local music critic named James Huneker supplied Dvořák with journal articles about “negro” music. Mrs. Thurber presented him with a copy of Henry Wadsworth Longfellow’s Song of Hiawatha and suggested that the tale would make an ideal “American” opera topic. Dvořák had read the poem years earlier in Bohemia, sparking a romanticized fascination with American Indians. In New York he watched a band of Oglala Sioux Indians in Buffalo Bill’s Wild West Show.

Closer contact with Native Americans occurred during the summer of 1893. Dvořák and his family spent much of their vacation time in the small community of Spillville, Iowa. In the expansive Iowa countryside, a group of immigrants established an authentic Czech village, retaining all the customs and the language of their homeland. By chance a traveling Kickapoo Indian medicine show came through Spillville. Dvořák befriended the musicians in the show and asked them to perform for him. In preparation for his Hiawatha opera, which he never completed, Dvořák traveled to Nebraska and Minnesota, including a visit to Minnehaha Falls, the place immortalized by Longfellow.

When Dvořák returned to New York in September, his mind was filled with a collage of musical memories. The public at large already had come to expect a new orchestral work, since the New York Herald had reported the previous May that he “would write a symphony based upon American negro and Indian melodies.” Dvořák evidently composed most of the symphony in the spring before leaving for Spillville; he touched up the score over the summer. Anton Seidl and the New York Philharmonic Orchestra scheduled the premiere of the Symphony No. 9 in E Minor, Op. 95 (“From the New World”), for December 15, 1893. The enthusiastic and anxious audience included the cream of society—mostly “members of the fairer sex,” one reviewer reported, due to the rain, among them Mrs. E. Frances Hyde and Mrs. John D. Rockefeller.

The symphony’s triumphant premiere, though not entirely lauded by the press, became the high point of Dvořák’s years in the United States. His vision for an American idiom, as demonstrated in this symphony, involved a melding of New World folk influences bonded together by a compositional form perfected in the Old World. In these four movements one hears an English horn mimicking the voice of an African American singing a mournful hymn (Largo, later provided lyrics as “Goin’ Home”), a flute piping a pentatonic Native American melody (Allegro molto) or a recurring motive that perfectly fits the name “Hi-a-wa-tha.” Contemporary critics complained about themes that sounded vaguely Scottish or Czech. Those cultural influences also belonged to the musical landscape Dvořák experienced in the United States.

How ironic that it took a composer from a distant country who spoke fractured English to remind the American public of its rich, yet largely untapped musical heritage. Dvořák’s “New World” Symphonydid not answer the question, “What is American music?” The score did, however, raise public interest in the issue, and it served as the first declaration in a lively debate that has continued for more than a century.