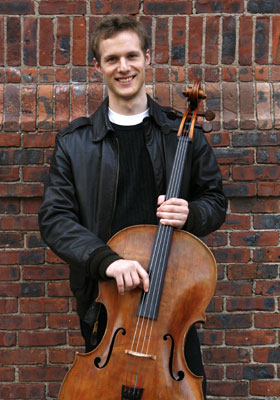 Recent RSMI alumnus Sebastian Bäverstam continues studies at the New England Conservatory with Paul Katz, who notes that “Bäverstam is a natural who thrives on stage. Every note is sincere.” The Cape Cod Times was also sincere in its praise of the cellist’s “insightful musicianship and poetic feeling” when he substituted for Lynn Harrell with the Cape Cod Symphony in 2007 on six hours’ notice to play Schumann’s Cello Concerto. At age 12 Bäverstam made his first appearance at Carnegie’s Weill Recital Hall, where he returned last year as the winner of the 2009 Concert Artists Guild Competition. The performance was praised in The Strad for its “consummate instrumental mastery” signaling “the emergence of a mature artist,” resulting in Bäverstam being named Musical America’s “New Artist of the Month” in June 2011. He has been a featured artist of the Williamstown Chamber Concerts and the Cape Cod Chamber Music Festival, as well as both the NPR and PBS syndications of From the Top and a PBS documentary filmed at Carnegie Hall, and was recently featured at the Théatre des Champs Elysées in Paris and in a nationally televised commercial for Bose speakers.