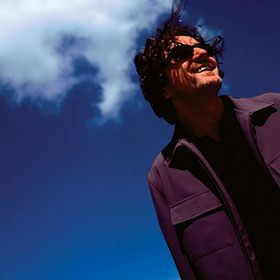 Born in Sarajevo of a Serbian mother and a Croatian father, Bregovic formed his first group, The White Button, at the age of 16 after a few years of (very unenthusiastic) violin studies at the conservatory. A composer and guitar player (“I chose the guitar because guitar players always have most success with girls”), he studied philosophy and sociology and would have become a teacher of Marxist thought, had the gigantic success of his first record not decided otherwise.  For 15 years he undertook marathon tours in Eastern countries until he took time at the end of the ’80s to compose music for Emir Kusturica’s films Times of the Gypsies and Arizona Dream. His childhood dream—to live in a small house on the Adriatic coast—was shattered by the war in Yugoslavia, which forced Bregovic to flee to Paris. He composed the score for Patrice Chereau’s La Reine Margot, which won the Palme d’Or at the 1994 Cannes Film Festival, as did a subsequent Kusturica collaboration, Underground, and his klezmer-flavored score for Radu Mihaelanu’s Train de Vie won critical and audience acclaim.  He embarked upon a second career composing for the theater, including Silence of the Balkans, Hamlet, The Children’s Crusade and Dante’s Divine Comedy, the three portions of which premiered in Hamburg in 2001 and 2002. Since 1995 he has devoted himself to performing his own music, undertaking numerous live concerts throughout Europe; the young local rock star of the ’70s and ’80s has become a mature international composer, collaborating with such diverse artists as Iggy Pop, Ofra Haza, Cesaria Evora, Scot Walker, Setzen Aksu, George Dalaras and Kayah. Tonight marks Goran Bregovic’s Ravinia Festival debut.

GORAN BREGOVIC AND HIS WEDDING AND FUNERAL ORCHESTRA