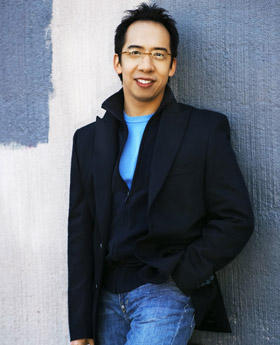 Pianist Joel Fan is one of the most dynamic and accomplished musicians performing before the public today. He is consistently acclaimed for his recitals, recordings, and appearances with orchestras throughout the world. His concerts attract a wide range of audiences, as he has eagerly embraced traditional piano literature as well as an eclectic range of repertoire, including new music commissioned especially for him, world music, and his own transcriptions. Mr. Fan's engaging personality, technical assurance, lyricism, and sheer musicality win over audiences wherever he performs. As a recording artist, Mr. Fan scored two consecutive Billboard Top 10 Debuts with his solo CDs, World Keys and West of the Sun.

Joel Fan is also a 1993 alumnus of the Steans Music Institute.