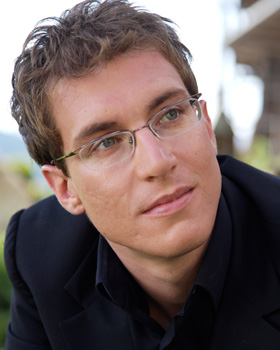 Winner of a 2008 Avery Fisher Career Grant, Vonsattel displays a musical curiosity and sense of adventure that has gained him many admirers. He began touring after winning the top prize of the prestigious 2002 Naumburg International Piano Competition. He made his Alice Tully Hall debut that same year and has since performed at Zürich’s Tonhalle, Warsaw’s Chopin Festival and Tokyo’s Opera City Hall. He has performed in the U.S. with the Utah, Santa Fe, Nashville, and Grand Rapids symphonies as well as with the Boston Pops Orchestra. For the 2006-09 three-year appointment, Vonsattel was a member of Lincoln Center’s prestigious Chamber Music Society Two, with whom he performed extensively both in New York and on tour.