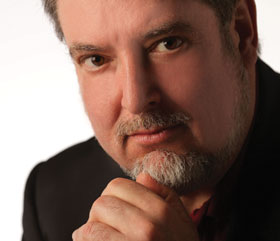 Handel’s collected works for solo keyboard, though considerably less extensive than those of J.S. Bach, nonetheless include countless delights, among them the second of the Eight Great Suites of 1720, which concludes with one of the most infectious fugues of the 18th century, and the aria from the second collection of 1733 that inspired Brahms to create a set of variations considered the equal of Bach’s “Goldberg” Variations or Beethoven’s “Diabelli” Variations. As if these weren’t enough to challenge the dexterity of Garrick Ohlsson, he continues with works by the most demanding keyboard composers of the 19th and 20th centuries.