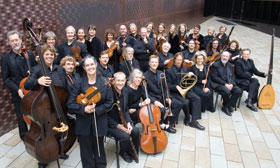 Opera librettos with magical subjects always brought out the best of Handel’s inspiration, and Orlando is one of the finest examples. With the action overseen by the magician Zoroastro, the titular hero fights for love and glory amid a maze of mixed love connections, which at one point prompt him to lose all reason and imagine himself in Hades in one of the most spectacular mad scenes in all of opera. A delightful fantasy epic brimming with luscious tunes, Orlando never fails to cast its spell, especially when conducted by Baroque authority Nicholas McGegan, who has won ovations at Ravinia for his interpretations of Bach’s “Brandenburg” Concertos and Los Sazones, Vivaldi’s Four Seasons in a special salsa arrangement.