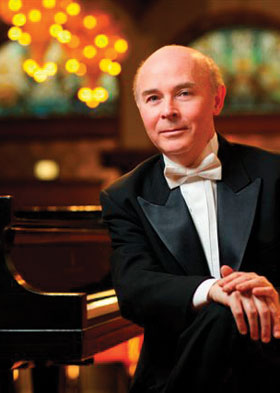 Pianist extraordinaire and Highland Park resident Jorge Federico Osorio, who last summer gave us a triumphant traversal of all five of Beethoven’s Piano Concertos, returns with a program of works by the three uncontested greatest composers of piano music of the 19th century. Lionized by the Los Angeles Times as “one of the more elegant and accomplished pianists on the planet,” Osorio will be up to the challenge of Chopin’s monument to mortality, with its universally recognized “Funeral March” movement. The program also includes the work Schumann dedicated to Liszt, who reciprocated by dedicating his own B-minor Sonata, which he was inspired to create in one movement, like Schumann’s. This concert is only one being performed this summer for the 200th birthday of Liszt featuring a broad spectrum of his music, including the “travel” pieces.