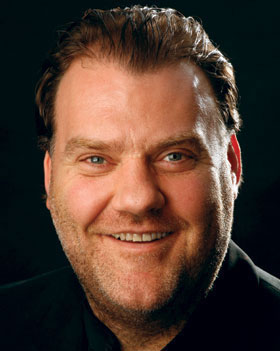 The stellar bass-baritone who astonished audiences at the Met with his diabolically evil portrayal of Scarpia in Tosca (a role he repeats at Ravinia on July 30) returns for a rare Chicago recital (his first since 1998) of songs and arias in the Martin Theatre. His November recital in San Francisco prompted the critic of the S.F. Chronicle to rave, “Terfel’s theatrical instincts burst through even the most sedately lyrical selections. And when the music called for full-strength tale-spinning . . . Terfel made the most of it.” See for yourself how good the opera world’s ultimate “bad boy” can be!