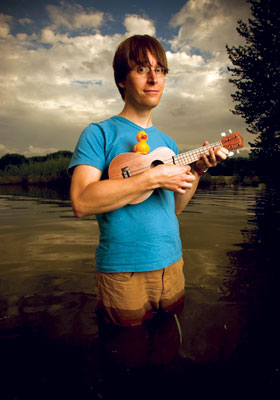 Justin Roberts & The Not Ready for Naptime Players

Hailed by USA Today as the "Paul McCartney of kids," Justin Roberts & The Not Ready for Naptime Players were recently nominated for Best Musical Album for Children at the 2010 Grammy® Awards. An acclaimed folk-pop singer and songwriter, Roberts embarked on a career as a children's musician when he was a Montessori preschool teacher and music director. His 2004 family release, Way Out, was selected as one of Child magazine and Amazon.com's top-10 family recordings of the year.