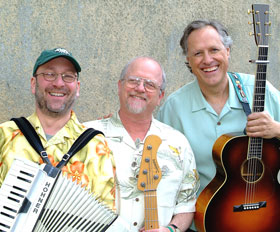 Named "one of the greatest personalities in contemporary folk music" by the New York Times and "the best family artist around" by Billboard magazine, Tom Chapin has the ability to engage and entertain children and adults alike. Five of his family recordings have received Grammy Award nominations for Best Musical Album for Children, including the 2006 release Some Assembly Required.