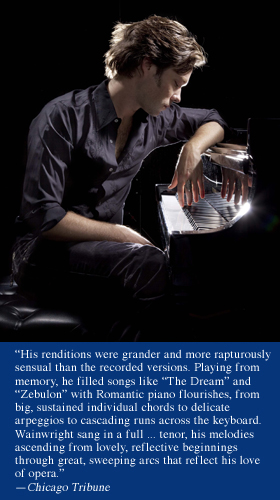 Affectionately referred to by Elton John as “the greatest songwriter on the planet” and praised by The New York Times for his “genuine originality,” Rufus Wainwright has established himself as one of the great male vocalists and smart songwriters of his generation. Experience this unique performer in two settings: In the first half of this concert he shares the stage with the CSO, and in the second half he returns for a purely Rufus show. The son of folk singers Loudon Wainwright III and Kate McGarrigle, Rufus has carved out his own singular sound.