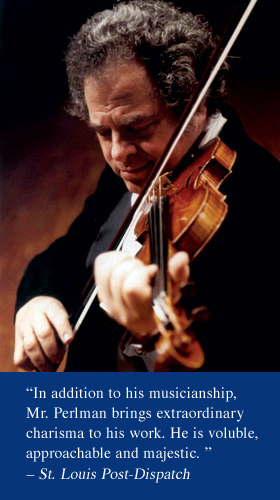 Be sure to see James Conlon in a pre-concert discussion in the Martin Theatre at 6:30 p.m. on Thursday, August 4. This pre-concert event is free to ticket-holders of the main stage concert.

Ravinia Music Director James Conlon concludes his traversal of Mahler’s symphonies in the 100th anniversary year of the composer’s death by turning to the composer’s first major work, the cantata Das klagende Lied (“Song of Lament”), which he completed when only 20 years old. Mahler, who wrote the fairy tale-like text himself, revised the work several times throughout his life, but the complete threepart version being presented at Ravinia was never performed during the composer’s lifetime, and has been heard at Ravinia only once before, when Maestro Conlon led the Chicago Symphony’s very first performance of the piece in 1990. Also on the program is Beethoven’s sole essay in the violin concerto genre, interpreted by Ravinia favorite Itzhak Perlman.