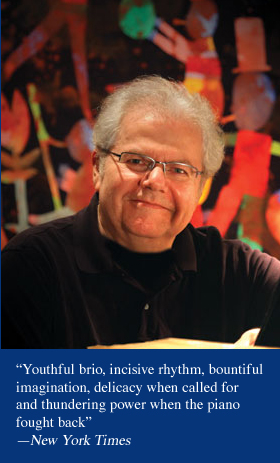 While Brahms characterized his first  piano concerto as “youth,” he dubbed the second—which followed two decades later—the “grown man.” And how he had grown! Regarded as the most monumental piano concerto of the 19th century, this four-movement landmark was praised by Franz Liszt as “a distinguished work of art, in which thought and feeling move in noble harmony.” On the same program Dohnányi will lead the first Ravinia performance in over 25 years of Brahms’s Third Symphony. Composed the year of Wagner’s death, this masterwork has been interpreted as Brahms’s farewell toWagner, whose music was viewed by some critics as the antithesis of Brahms’s own.