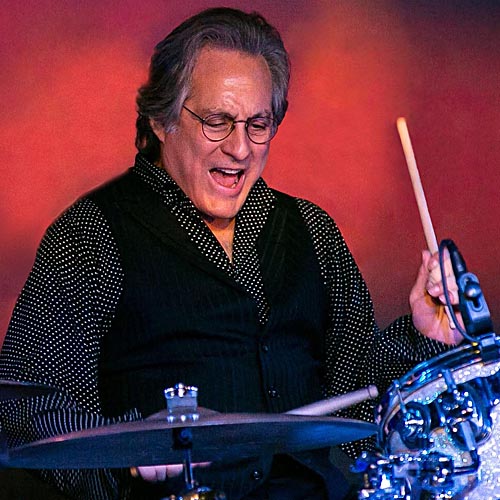 
Listed ticket prices are per person. Reserved Lawn Spaces must be purchased in groups of two, four or six together.

Max Weinberg’s Jukebox comes armed with an unlimited repertoire of classic songs to engage the audience in a truly interactive concert, creating the setlist in real time with his crack four-piece group playing the songs on demand. For 45 years, Weinberg has held the drum chair behind Bruce Springsteen & The E Street band, and while anchoring the house band for Late Night with Conan O’Brien for 17 years, he expanded his role as a band leader and resident music historian. Weinberg and his band have over 200 songs from the glory days of rock and roll at their command, everything from The Beatles to the Stones to Bruce and The E Street Band’s biggest hits.

From Ravinia Magazine:
The Beat of the Moment: Max Weinberg makes his audience the boss with Jukebox band