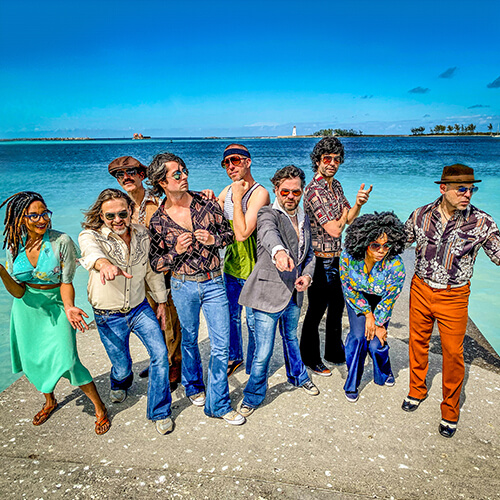 Listed ticket prices are per person. Reserved tickets must be purchased in groups of two, four, or six together.

This top-notch group of musicians has already rocked onstage with John Oates, Eddie Money (RIP), and both versions of the band Player. From humble beginnings in a basement, they now headline sold-out shows across the country, from Webster Hall in New York to the Wiltern in L.A.

Yacht Rock Revue’s first original record is ten songs inspired by the smoooooth sounds of the Seventies and Eighties. They’ve brazenly titled it Hot Dads In Tight Jeans – forgive them for bragging, but that’s what they are – and it returns Yacht Rock Revue to their roots in original music.

If onsite parking is full, please proceed to our Park and Ride lot at 1710 St. Johns Ave., where a shuttle bus will take you to the park. Please plan ahead for shuttle wait and travel times.