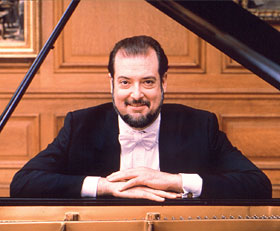 In honor of 100th Anniversary of The Burnham Plan

Wagner’s epic preliminary evening and three days in the life of the gods—Der Ring des Nibelungen—concluded with Götterdämmerung (“The Twilight of the Gods”). The librettos by Wagner himself developed in reverse order, but the music was composed (with a few significant interruptions) in performance order: Das Rheingold, Die Walküre, Siegfried, and Götterdämmerung. When Wagner began writing poetry in 1848, Götterdämmerung was called Siegfrieds Tod (“Siegfried’s Death”). Text revisions continued until 1856. The musical composition of Götterdämmerung extended from the summer of 1850 until November 21, 1874. Almost three decades after entering into his imagination, Wagner’s Götterdämmerung finally reached the stage during the first Bayreuth Festival in 1876.

Götterdämmerung treats the downfall of the gods because of their dissolute quest for absolute power. Wagner imagined such persuasive power in this metaphorical drama that, when it was still called Siegfrieds Tod, he believed (in the words of Stewart Spencer) one performance “would be sufficient . . . to incite the masses to insurrection.” This single performance would have taken place under Wagner’s direction in a temporary wooden theater—the Festspielhaus in Bayreuth.

The composer wrote in 1850: “According to this plan of mine, I would have a theater, made of planks, erected here on the spot [the location changed from Zurich to Munich to Bayreuth], invite the most suitable singers to join me here and arrange everything necessary for this one special occasion, so that I could be certain of an outstanding performance of the opera. I would then send out invitations far and wide to all who were interested in my works, ensure that the auditorium was decently filled and give three performances—free, of course—one after the other in the space of a week, after which the theater would be demolished and the whole affair would be over and done with.” Wagner even considered destroying the musical score after this festival. Needless to say, his plans eventually assumed greater permanence. The annual Bayreuth Festival still draws Wagnerites from across the globe to the “temporary” theater.

The whole world of the gods crumbles in Act III of Götterdämmerung. The long-awaited hero, Siegfried (the misbegotten son of Siegmund and Sieglinde, twin offspring of the god Wotan), participates in a hunting expedition, when he is murdered by Hagen. His lifeless body is accompanied to the hall of the Gibichungs by the solemn tones of the Funeral March. Hagen tries to remove the accursed ring (forged from gold stolen from the Rhinemaidens) from Siegfried’s hand, which mysteriously rises into the air. Brünnhilde—who was awakened from her eternal sleep by the pure-hearted Siegfried—seizes the ring and promises to return it to the Rhinemaidens. She sets a pile of logs on fire and rides her horse Grane into the flames (Immolation Scene). This blaze extends to Valhalla, the palace of the gods, which is destroyed.

When Germany commenced its brutal bombardment of Leningrad (St. Petersburg) in 1941, Dmitri Shostakovich’s Symphony No. 7 (“Leningrad”) became the musical symbol of Soviet defiance and resolve. Shostakovich completed this orchestral monument as Nazis slowly strangled the city and its citizens. The first performance took place on a radio broadcast transmitted not only within the city, but also far beyond the limits of Leningrad. International outcry over the 972-day Nazi siege escalated when newspapers worldwide printed a picture of Shostakovich in his fireman’s gear protecting the Leningrad Conservatory from fires set by incendiary bombs.

Equally powerful musical and visual imagery surrounded the ending to German hostilities in 1945. Another composer, Sergei Prokofiev, stood at the center of attention. Pianist Sviatoslav Richter remembered what happened when Prokofiev walked onstage at the Moscow Conservatory’s Great Hall to conduct the premiere of his new symphony: “And then, when Prokofiev had taken his place on the podium and silence reigned in the hall, artillery salvos suddenly thundered forth. His baton was raised. He waited, and began only after the cannons had stopped.” Moments later, the Symphony No. 5 in B-flat Major, Op. 100, began.

Prokofiev’s downbeat literally ushered in a new era for his country. Artillery fire outside celebrated the final expulsion of the German army. The Soviet Union never again faced direct hostilities from outside its borders. (Internal forces ultimately proved more destructive, bringing about the eventual disintegration of the Soviet Union.) After suffering international humiliation over his misplaced trust in Hitler, Stalin retrenched with brutal force, rooting out millions of dissenters among his own people.

The premiere also marked a major landmark in the composer’s career. Approximately 15 years had intervened since his previous symphony. Prokofiev emerged from this symphonic slumber with a work of epic grandeur. “The Fifth Symphony is the culmination of an entire period in my work,” he wrote. “I conceived of it as a symphony on the greatness of the human soul.” In fact, Russian scores occasionally nickname this symphony “Russian Giant.” Audience members burst into applause at the work’s first performance, stirred by its intense (but perhaps unintended) patriotic aura.

Prokofiev finally succeeded in amalgamating his essentially dissonant style with the communicative goals of Socialist realism. Prokofiev periodically endured censure from Stalinist officials, although to a lesser degree than Shostakovich. However, with his Fifth (again, like Shostakovich) the “bad boy” of Soviet music became, for the time at least, its darling. Ironically, Prokofiev made his final public performance conducting the premiere of Symphony No. 5. He suffered a concussion days later and never fully regained his strength. Prokofiev died in Moscow on March 5, 1953—on the same day and in the same city as Stalin.

Prokofiev conceived his symphonic monument to “the greatness of the human soul” with extreme swiftness during the summer of 1944 and completed orchestration by the end of November: “Many of the themes are two or three years old: I put them down in my theme book and put them aside. When the time came, I was ready to work very fast on the symphony—I wrote the whole thing in a month on a three- or four-line score. Then I stopped for a month or two and took it up again, and in another month I finished it.”

Symphony No. 5 employs a tempo scheme more typical of Shostakovich than Prokofiev: slow-fast-slow-fast. The Andante begins with a pastoral theme reminiscent of Mahler’s lush symphonic panoramas. Woodwinds pass this lyrical triple-meter melody to the strings. Later, the flute and oboe introduce a gentle contrasting theme in 4/4 meter, which the string instruments soon take over. The development offers occasional flashes of Prokofiev’s meandering chromaticism and mocking rhythmic gestures. Otherwise, richly expressive post-Romantic writing predominates. The coda builds to a grandiose conclusion.

Prokofiev’s sardonic musical wit emerges full-blown in the brash Allegro marcato. Shifting tonal planes in the opening clarinet melody contrast starkly with the violin’s mechanical staccato eighth-notes. In the central section, the clarinet introduces another expressive character in its supple melody, although opening-theme fragments periodically reappear in a slower tempo. A varied restatement of the initial theme rounds out the movement.

In the Adagio, triplets in the strings (combined with the tuba) establish a haunting background for the duple rhythms of the clarinet and bass clarinet melody. This rhythmic conflict reinforces the movement’s restless, tormented character. The Allegro giocoso begins deceptively with a tranquil introduction culminating in a passage for divisi cellos. Violas then begin a repeated-note pattern that develops into an accompaniment figure beneath a spry clarinet melody. Prokofiev employs this theme as the refrain in a spacious rondo finale. One grand, prolonged crescendo climaxes in the fortissimo final chord.

Meet pianist Garrick Ohlsson after his performance for a signing outside Ravinia Gifts, located in front of the Dining Pavilion.

Signings are at the discretion of the artist and are subject to change. Purchase of recorded merchandise does not guarantee signature.