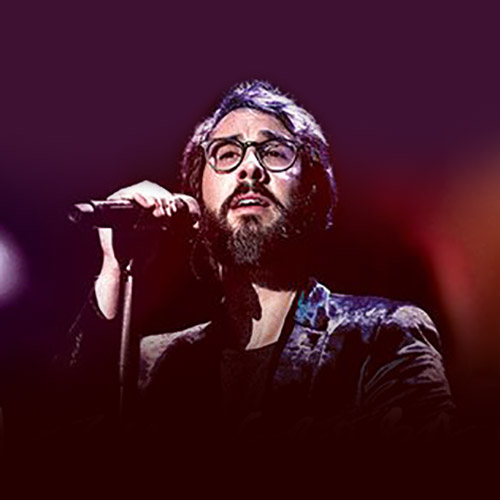 Possessing one of the most outstanding and instantly recognizable voices in music, GRAMMY nominated singer, songwriter, and actor Josh Groban has entertained fans across the globe with his multi-platinum albums and DVDs (over 30 million sold worldwide), electrifying live performances, and comedic film and television appearances. He has appeared in the feature films Crazy, Stupid, Love, The Hollars, Coffee Town, and Muppets Most Wanted, as well as on NBC’s The Office, FX’s It’s Always Sunny in Philadelphia, and CBS’ The Crazy Ones.

Groban has released seven previous studio albums, his 2001 self-titled 5x-platinum debut, 2003’s 6x-platinum Closer, 2006’s double-platinum Awake, 2007’s 6x platinum Grammy-nominated Noel, 2010’s gold-certified Illuminations, and 2013’s gold-certified All That Echoes, which debuted at No. 1 on the Billboard Top 200 chart, giving Groban his first No. 1 debut and third chart-topper. In 2017, Groban concluded his Broadway run in Natasha, Pierre & The Great Comet of 1812, which Time Out New York called, “one of the best musicals of the decade.” He also released his first coffee table book, Stage to Stage: My Journey to Broadway. which documented the past two years of his life on Broadway. Groban remains an active arts education philanthropist and advocate as a member of Americans for the Arts Artists Committee and Groban’s Find Your Light Foundation helps enrich the lives of young people through arts, education, and cultural awareness.