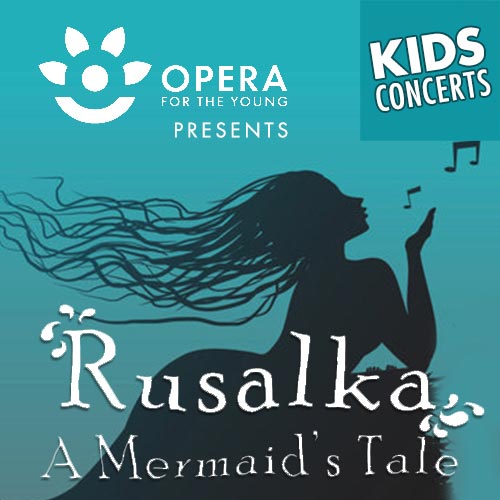 Opera for the Young

Dining Availablity: No Restaurants are open for this concert.

Opera for the Young brings live, professional opera to elementary school audiences. Each year, OFTY reaches over 75,000 elementary school children throughout the Midwest to ignite an enthusiasm for opera. All productions are fully staged, sung in English and adapted especially for kids. Opera for the Young's adaptation of Dvorak's Rusalka has moved the story from forest glen to coral reef, where Rusalka yearns to become human because she's in love with the Prince. Rusalka's father, the Sea King, warns her about people but the mermaid goes to the sea witch Jezibaba for a magic spell. Rusalka exchanges her fish tail for legs at a price: she won't be understood by humans. This proves to be a challenging barrier for the Prince who, after bringing Rusalka to his castle, is pursued by a Foreign Princess.  Complications abound, aided and untangled by Creatures of the Reef played by students from the REACH*TEACH*PLAY Program. Understanding and accepting difference is a powerful subject highlighted in this tale of magical romance, loss, and the redemptive power of love.

For select concerts, including today’s, our new interactive, family-friendly space on the north lawn will be open for you to experience with your children. Today's KidsLawn features our large-scale percussion instruments on the lawn that will be open to kids of all ages.  See a full listing of KidsLawn dates.