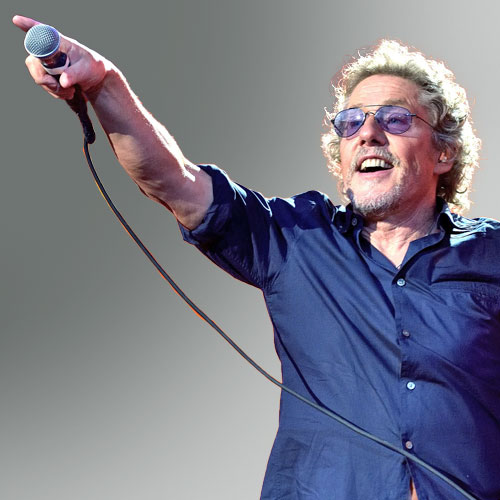 Performs The Who's Tommy

with members of The Who Band and Ravinia Festival Orchestra
Keith Levenson, Conductor

Add a CD copy of Roger Daltrey’s upcoming album to your purchase for $19.40. If you choose this option, you will receive your album in 5 to 7 business days after release day. If you have not received your CD after 7 business days from the release date, contact help@MusicRedemptions.com for assistance.

Considered one of the seminal albums of the rock canon, last year The Who played all of TOMMY for the first time in 28 years at the Royal Albert Hall in London as part of a benefit concert for the Teenage Cancer Trust. Roger performed it in its entirety with his band during his 2011 solo tour. The opportunity to bring an orchestral dynamic to the raw emotion and cathartic impact of the songs that cemented Daltrey’s legacy as a vocal powerhouse adds a compelling dimension to the music’s timelessness.

Supported by the band of regular Who players, including guitarist/backup singer Simon Townshend, guitarist Frank Simes, keyboardist Loren Gold, bassist Jon Button and drummer Scott Devours, and complemented by the Ravinia Festival Orchestra, Daltrey’s indelible presence on this summer’s stages is sure to enliven the deaf/dumb/blind boy once again!