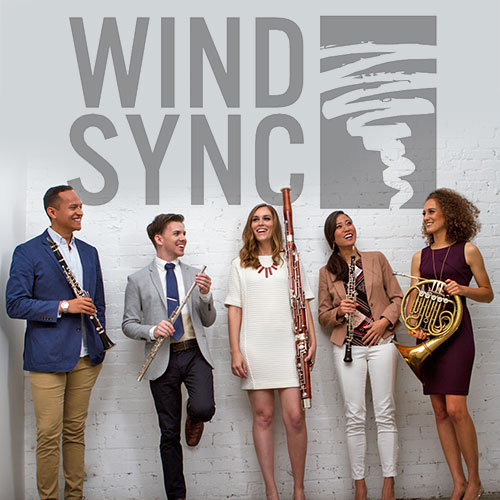 Winners of the 2016 Fischoff National Chamber Music Competition, the wind quintet WindSync has been hailed by the Houston Chronicle as “revolutionary” for their dramatic, original interpretations of classical masterpieces and contemporary music. They play exclusively from memory, a necessity given the elements of staging and choreography woven into their performances— in Ravel’s Bolero, for instance, the unmistakable staccato beat of the snare is driven by each member in turn as the others lead and engage in the sultry Spanish dance. This creative vision won WindSync the Adventurous Artist Prize from the Concert Artists Guild, in addition to several performance prizes and the top prize of its Victor Elmaleh International Competition, which led the Texas-based group to make its New York debut at Carnegie Hall soon after, and now the quintet will make its Chicago debut at Ravinia.

Get a sneak peek at WindSync’s program in bassoonist Kara LaMoure’s interview by the Lake County News-Sun.