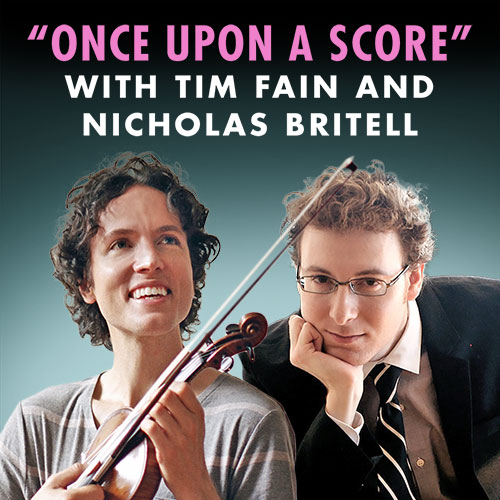 "Once Upon a Score" 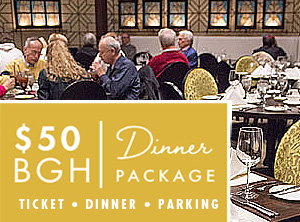 Over the past 6 years, Tim Fain and Nicholas Britell have had the remarkable opportunity to collaborate on a number of very special film projects. This evening’s program is a celebration of their work together creating cinematic moments through the interaction of music and picture. In addition to their work in such films as the Oscar-winners Moonlight and 12 Years A Slave, Tim and Nicholas are proud to perform selections from many of the film and multimedia projects that they have been a part of, plus selections of other music that they love.

About Tim Fain:
Avery Fisher Career Grant-winning violinist Tim Fain was heard on the soundtracks to the films MOONLIGHT, 12 YEARS A SLAVE, and BLACK SWAN, where he also appeared on screen. Recipient of the Young Concert Artists International award, he has appeared as soloist with the Pittsburgh and Baltimore (Marin Alsop) Symphonies, Orchestra of St. Luke's, The Hague and Buffalo Philharmonics, Mostly Mozart and National Orchestra of Spain, among others. His recitals have taken him to world's major music capitals, he has toured with Musicians from Marlboro, the Chamber Music Society of Lincoln Center, and around the globe in a duo-recital program with Philip Glass. He recently collaborated with Google on a Virtual Reality music video for his composition, Resonance, which introduced its 360 stereoscopic VR capability for YouTube, and was recently shown at The Sundance Film Festival. His discography includes "Arches," "River of Light,” “Fain plays Glass,” and “First Loves.” His solo multi-media evening "Portals" premiered to sold-out houses and features collaborations with Benjamin Millepied, Leonard Cohen, Nicholas Britell, film maker Kate Hackett, and radio personality Fred Child and a new work written for him by Philip Glass.


About Nicholas Britell:
Nicholas Britell is an Academy Award-nominated composer, pianist, and producer. His critically acclaimed score for Barry Jenkins’ Oscar-winning film MOONLIGHT was nominated for the 2017 Oscar and the 2017 Golden Globe for Best Original Score. In 2015, Britell wrote the score for Adam McKay’s Oscar-nominated film THE BIG SHORT. His music also featured prominently in director Steve McQueen’s Oscar-winning film 12 YEARS A SLAVE, for which he composed and arranged the on-camera music including the violin performances, spiritual songs, work songs, and dances. Britell is a Founding Member of L.A. Dance Project and is a Board member of the New York-based ensemble Decoda, the first-ever affiliate ensemble of Carnegie Hall.