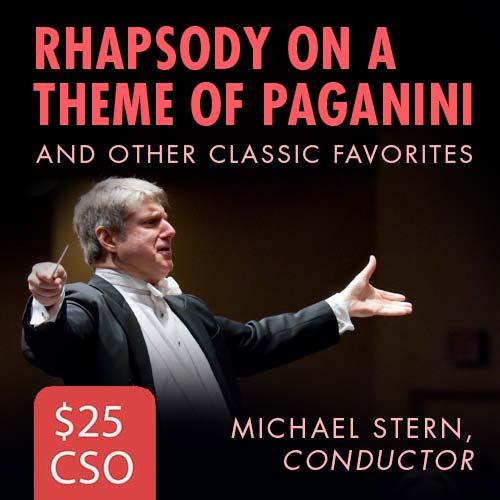 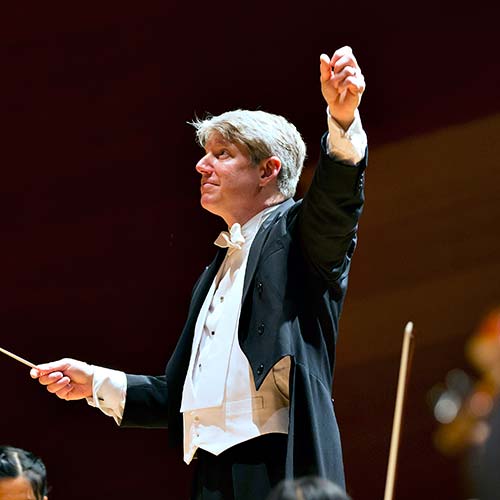 Pianist Denis Matsuev greatly regrets that under his doctor’s orders he must reduce his schedule due to exhaustion and therefore must withdraw from his concerto appearance at Ravinia on Aug. 1 with the Chicago Symphony Orchestra. Simon Trpčeski—who will perform Tchaikovsky’s First Piano Concerto with the CSO as part of Ravinia’s annual “Tchaikovsky Spectacular” on July 16—will replace Matsuev in a performance of Rachmaninoff’s Rhapsody on a Theme of Paganini as programmed for the Aug. 1 concert of classic favorites. Trpčeski has recorded the Rhapsody on a Theme of Paganini both with the BBC Symphony Orchestra and the Royal Liverpool Philharmonic Orchestra with conductor Vasily Petrenko as part of their highly acclaimed complete recordings of the Rachmaninoff concertos. He recently performed the piece with the Los Angeles Philharmonic, winning raves from the Los Angeles Times. Mr. Matsuev looks forward to returning to Ravinia in a future season.

Michael Stern has graciously agreed to step in as conductor for Ravinia’s Aug. 1 concert with the Chicago Symphony Orchestra and pianist Simon Trpčeski. He replaces Maestro Gianandrea Noseda, who is recovering from surgery. The program on Aug. 1 will remain as scheduled, featuring works by Smetana, Strauss, Rachmaninoff and Ravel. Stern’s most recent appearance at Ravinia was with Joshua Bell and the Indiana University Jacobs School of Music Summer Festival Orchestra, celebrating the 100th anniversary of IU’s music department in 2011. Stern, the son of legendary violinist Isaac Stern, has guest conducted and held titled positions with orchestras throughout Europe and the US, most recently as music director of the Kansas City Symphony, now beautifully housed in Moshe Safdie’s Kauffman Center, one of the most acclaimed theaters in the world. As Ravinia approaches the Leonard Bernstein Centennial, it is key to note that in 1986 Maestro Bernstein selected Stern to be one of three conductors to debut with the New York Philharmonic and to work with Bernstein at the Los Angeles Philharmonic Institute at the Hollywood Bowl. Ravinia is grateful to Mr. Stern as is Mr. Trpčeski, who has collaborated happily with Stern in the music of Rachmaninoff.