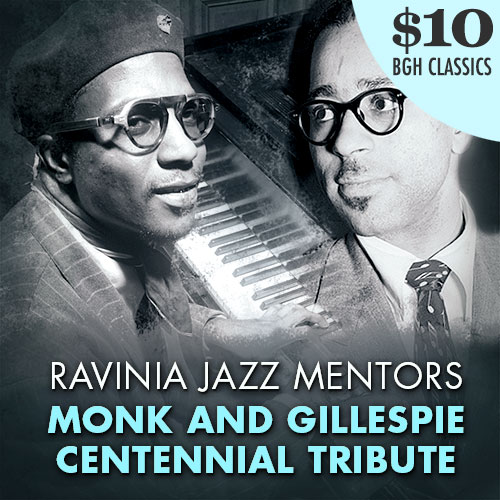 Tickets: SOLD OUT
Ticket and Dining Package: $50
No lawn sales 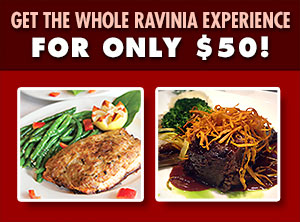 Dining Package: You can make the concert a complete evening out when you purchase the concert/dining package for $50 per person. This convenient package comes complete with dinner in the Freehling Room before the performance in Bennett Gordon Hall. Dinner starts at 6:30 p.m.

For over 20 years the Ravinia Jazz Mentors have ensured that the deep connection that Chicago has with jazz continues for generations to come, and they will assemble at Ravinia to honor the centennials of the legendary bandleaders Thelonious Monk and Dizzy Gillespie. This group of eight of the city’s finest jazz performers is led by pianist Willie Pickens, who has played alongside such figures as Wynton Marsalis, Sammy Davis Jr., Joe Henderson, and James Moody. Saxophonist Pat Mallinger (co-leader of the Sabertooth quartet at the Green Mill and a headliner at the 2016 Chicago Jazz Festival) and drummer Ernie Adams (a veteran of tours and recordings with Arturo Sandoval, Slide Hampton, Joe Zawinul, Al DiMeola, and many others) have both been members of the group since its inception. Guitarist Bobby Broom, whose trio opened for Steely Dan at Ravinia in 2015 and on the group’s 2014 national tour, is also a longtime member of the Jazz Mentors in addition to being a frequent collaborator with Sonny Rollins. The ensemble also includes trumpeter Pharez Whitted, whose gigs have included the 1988 Presidential Inauguration and The Arsenio Hall Show; bassist Dennis Carroll, also a longtime member of the Chicago Jazz Orchestra; trombonist Audrey Morrison, a former member of Clark Terry’s big band; and Latin percussionist Jean-Christophe Leroy, who has played with Miami Sound Machine and in the pit for On Your Feet!, the Broadway musical based on the lives of Emilio and Gloria Estefan.