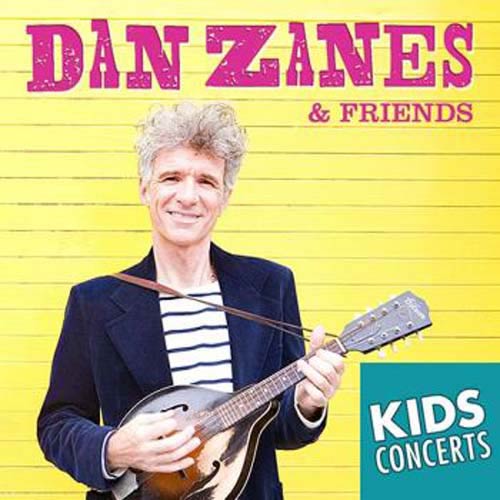 Grammy Award winners Dan Zanes and Friends have been entertaining all-ages audiences since 2000 with their soulful, handmade family music. They create the sound of modern-day America with deep roots and a fresh spirit that inspires audiences to sing and dance with wild abandon. The group performs a mix of traditional and original songs on a variety of instruments in a style that New York Magazine described as “...the happiest concert vibe since Woodstock. With a lot less mud.”

This fall, they’ll be releasing “HaHa This A-way: The Children’s Music of Lead Belly" on the Smithsonian/Folkways label. When they appear in Ravinia, DZAF will be singing their beloved hits as well as some of the songs that made Lead Belly one of the most enduring musical icons of the 20th century.

For select concerts, including today’s, our new interactive, family-friendly space on the north lawn will be open for you to experience with your children. Today's KidsLawn offers an instrument petting zoo, arts & crafts, and live performance activities in addition to our large-scale percussion instruments that will be open to kids of all ages.   See a full listing of KidsLawn dates.