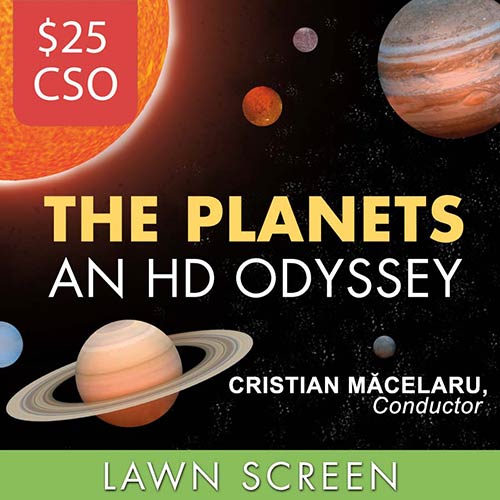 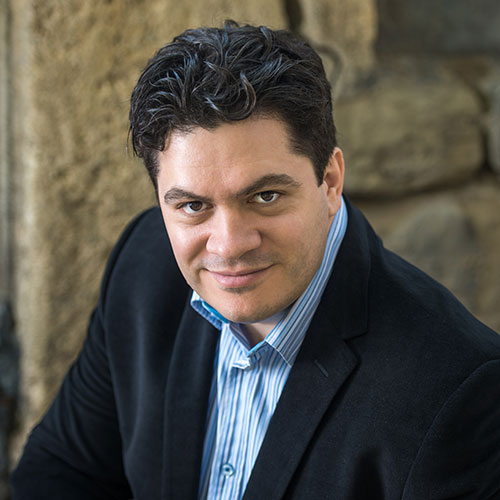 On a space-themed program, Ravinia presents the Chicago premiere of a new HD experience, the new film from NASA that presents jaw-dropping images from its most recent missions that look like they're straight out of science fiction.

Before, during, and after the concert, patrons can gain a spectacular glimpse of the heavens through telescopes (weather permitting). The concert park’s expansive lawn will be dotted with telescopes staffed by local astronomers, giving concert-goers a chance to peer through an eyepiece at the Moon, Mars, Jupiter, Saturn and its rings, touch a meteorite, see artistic astronomical images and more!

The astronomy night is organized by Dr. Donald Lubowich, Coordinator of Astronomy Outreach at Hofstra University. “Bringing astronomy to Ravinia and partnering with astronomical organizations gives us a very special opportunity to encourage children to pursue their interest in science or math and to promote public understanding of science,” said Dr. Lubowich. “Gazing at the rings of Saturn or the Moon’s craters captures the imagination, no matter how old you are.”

’Scope viewing will be combined with kid-friendly hands-on activities, aimed to help everyone learn more about space, the solar system, and the planets.  Astronomers and science outreach specialists will be on hand to explain the demos and answer general questions about astronomy.  Northwestern University scientists will discuss research at Northwestern.   Look for the tented area to find the astronomy demos— they will be accessible without charge to all concertgoers.

Our solar system has inspired as many artists as it has scientists. John Adams, who has conquered plenty of new horizons over his career, may not have had NASA’s Pluto-passing New Horizons spacecraft in mind when he composed Short Ride in a Fast Machine, but that ode to perpetual motion sets the pace for an interstellar night of music also featuring Strauss’s Also sprach Zarathustra—known in pop culture as the theme to Stanley Kubrick’s 2001: A SpaceOdyssey. Astronomy and astrology collide in Holst’s celestial suite The Planets, which will be accompanied by The Planets—An HD Odyssey, a brand-new film of NASA/JPL’s startling and vivid images of the solar system, collected over its many space explorations.

The Negaunee Foundation
The Planets Consortium