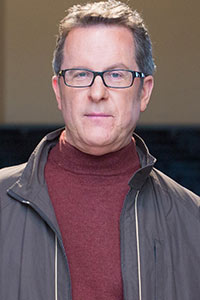 Named the Chicago Tribune 2018 Chicagoan of the Year for classical music for programming an expansive celebration of the Leonard Bernstein centennial, Ravinia Festival President and CEO Welz Kauffman has been responsible for both the artistic and financial integrity of North America’s oldest music festival since his appointment in 2000. He is the first artistic director to program all classical and nonclassical programming at the festival—from the annual summer residency of the Chicago Symphony Orchestra to concerts by the likes of Sting, John Legend, Los Tigres del Norte, Lady Gaga, and Mary J. Blige—which attracts 600,000 visitors each season. Where else might one experience 50 Cent, Sir James Galway, Tony Bennett, and the premiere of the newsworthy oratorio Considering Matthew Shepard, all within days of one another? Kauffman has quadrupled the number of donors to the not-for-profit while at the same time breaking ticket revenue records nearly each year of his tenure, taking Ravinia from a $17 million to a $38 million company. He oversees a year-round staff of 55 and a seasonal staff of more than 700.

A classically trained pianist, equally comfortable in garage bands, music theater, and jazz, Kauffman often performs with students in Ravinia’s Reach Teach Play education programs, which he expanded to serve 85,000 people annually in Cook and Lake Counties by providing equitable access to music at the festival and throughout Chicagoland. Both of his parents were teachers, so education became a major pillar of Kauffman’s focus at Ravinia, and most recently, inspired by the all-volunteer Women’s Board, he installed “El Sistema” training and created student orchestras for local elementary schools without music programs of their own.

Building on four decades of artistic leadership from coast to coast—the New York Philharmonic to the Los Angeles Philharmonic—Kauffman is dedicated to preserving and building audiences for classical music through innovative programming that runs the gamut from beloved chestnuts to films accompanied by live performances, as well as major works commissioned expressly for Ravinia. He has expanded programming in Ravinia’s two indoor venues, the 850-seat Martin Theatre and the 450-seat Bennett Gordon Hall, to host one of the most extensive chamber music series in the world. He has mainstreamed the festival’s on-campus summer conservatory, Ravinia’s Steans Music Institute, by incorporating its alumni and the 60 annual participants, who study with such artists as Kiri Te Kanawa, Christoph Eschenbach, James Conlon, and the late Broadway legend Barbara Cook, into main-stage concerts. He has also ensured access to classical music by lowering ticket prices with the mantra “$25/$10/FREE,” making the majority of tickets to CSO concerts in Ravinia’s 3,350-seat Pavilion only $25 and general admission to the Lawn for all classical concerts only $10. Reserved seats to chamber concerts in Bennett Gordon Hall are also only $10 each. Kauffman completely waived the cost for all children and students through college, admitting them free to the Lawn for all classical concerts.

Over the past decade, Kauffman has invested more than $65 million into Ravinia’s infrastructure, including the construction of the world-class Dining Pavilion and flanking the Pavilion stage with video screens, as well as the new immersive RaviniaMusicBox “Experience Center” opening in 2019.

In addition to his work at Ravinia, Kauffman serves as vice president of the Serge Rachmaninoff Foundation and as a trustee of the Kurt Weill Foundation.