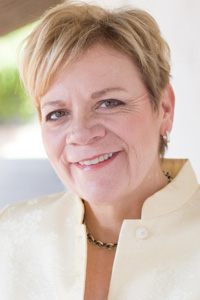 Marin Alsop is an inspiring and powerful voice, a conductor of vision and distinction who passionately believes that “music has the power to change lives.” She is recognized internationally for her innovative approach to programming and audience development, for her deep commitment to education, and for advocating for music’s importance in the world.

After curating Ravinia Festival’s celebration of Leonard Bernstein’s centennial in 2018 and 2019, Alsop was named its Chief Conductor and Curator for the 2020 and 2021 seasons, formalizing her relationship with the festival that dates back to 2002, when she made her debut with the Chicago Symphony Orchestra at Ravinia. The two-year appointment includes five concerts over two weeks this season with the CSO during its annual residency at the festival.

With the 2019/20 season, Alsop also assumed the role of Chief Conductor of the ORF Vienna Radio Symphony Orchestra (Vienna RSO), performing in their main series at Vienna’s Konzerthaus and Musikverein, recording, broadcasting, and touring nationally and internationally. Her first season coincides with the orchestra’s 50th anniversary and emphasizes women in classical music.

Her outstanding success as Music Director of the Baltimore Symphony Orchestra (BSO) since 2007 has resulted in two extensions in her tenure until 2021. Alsop led the orchestra on its first European tour in 13 years and created several bold initiatives, including Orchkids, for the city’s most disadvantaged young people. At the end of 2019, following a seven-year tenure as Music Director, she became Conductor of Honour of the São Paulo Symphony Orchestra (OSESP), where she will return to conduct major projects each season.

Throughout 2020, Alsop is heading up a global project to mark Beethoven’s 250th anniversary, in collaboration with Carnegie Hall. Her goal is to bring the messages of tolerance, unity, and joy in Beethoven’s Ninth Symphony to life for our 21st Century. She will conduct reimagined performances of Beethoven’s Ninth Symphony on five continents, with newly commissioned texts and music. Partners include the Vienna RSO, BSO, OSESP, Sydney and New Zealand Symphonies, Johannesburg and Kwazulu-Natal Philharmonics, and Southbank Centre, where she is Associate Artist.

Marin Alsop conducts the world’s major orchestras, including the Leipzig Gewandhaus Orchestra, Budapest Festival and Royal Concertgebouw Orchestras, Filarmonica della Scala, Orchestra of the Age of Enlightenment, and has long-standing relationships with the London Symphony Orchestra and London Philharmonic Orchestra (LPO), where she returns this season. Further highlights of the 2019/20 season include the Orchestre de Paris, Danish National Symphony and Philadelphia Orchestras. In the US, she also regularly conducts the Cleveland and Chicago Symphony Orchestras.

Her extensive discography has led to multiple Gramophone awards and includes highly praised Naxos cycles of Brahms with the LPO, Dvorák with the BSO, and Prokofiev with OSESP, as well as further recordings for Decca, Harmonia Mundi, and Sony Classical. She is dedicated to new music, demonstrated in her 25-year tenure as Music Director of California’s Cabrillo Festival of Contemporary Music.

In 2019 Alsop was awarded the Crystal Award from the World Economic Forum, adding to distinctions that include being the only conductor to receive the MacArthur “Genius” Fellowship and the first female conductor of the BBC’s Last Night of the Proms. Among many other awards and academic positions, she is Director of Graduate Conducting at the Johns Hopkins Peabody Institute. She attended The Juilliard School and Yale University, where she was awarded an Honorary Doctorate in 2017. Her conducting career was launched in 1989, when she was the first woman to be awarded Tanglewood’s Koussevitzky Conducting Prize and began studying with her closest mentor, Leonard Bernstein.