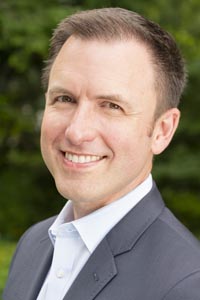 Drawing on 25 years of arts management experience and a lifelong love of music as both an avid audience member and musician, Jeffrey P. Haydon serves as President and CEO of Ravinia Festival, a post he has held since September 2020.

Prior to joining Ravinia, he served as CEO of Caramoor Center for Music and the Arts for eight years, leading a renaissance at the Center by raising over $40 million to quadruple the endowment and invest over $15 million into the historic Rosen House, grounds, and gardens on the 90-acre estate. He also launched several new programmatic initiatives, including a more than six-year collaboration with Jazz at Lincoln Center, an expansion of the American Roots series, and the acclaimed In the Garden of Sonic Delights sound art exhibition. Haydon led Caramoor to expand its yearly programming by over 80 percent and he initiated numerous community collaborations, all while improving Caramoor’s financial performance by over 20 percent.

Previously, Haydon served as Executive Director of the Ojai Music Festival, where he led the festival through a number of major transformations to further position it as one of the preeminent musical destinations for artists and audiences alike. During a time when many cultural organizations experienced declines in donations and audiences, Haydon helped the Ojai Music Festival double its budget, triple the number of artistic and education programs produced, and improve its balance sheet. A key focus of Haydon’s work was to rally the surrounding community and festival constituents to raise over $4 million, from 2008 to 2011, to completely rebuild the historic 1,000-seat Libbey Bowl, which serves as the home for the Ojai Music Festival and many other events throughout the year.

A native of California, Haydon earned a Bachelor of Arts in Business Administration through the Business Leadership honors program and a minor in music from the University of Puget Sound. He also completed the Stanford Business School’s competitive Executive Non-Profit Leaders in the Arts program in association with National Arts Strategies.